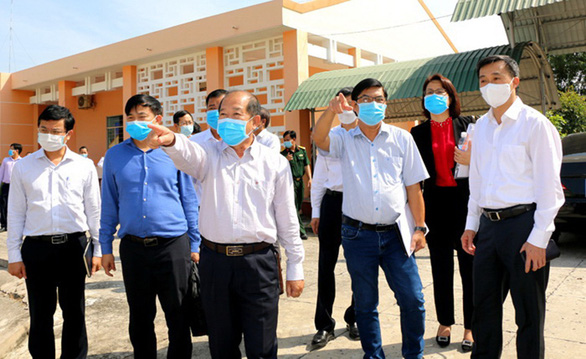 A Vietnamese factory worker tested positive for COVID-19 on Tuesday after leaving Vietnam over a week earlier, local authorities said on Wednesday.

The woman, 31, arrived in Japan on January 17, said officials in Hai Duong Province, where she resides.

She had earlier learned Japanese in Hanoi until August last year when she returned to work at an industrial park in Hai Duong.

No coronavirus cases have been recorded at either the industrial park or the place where she studied Japanese, authorities said.

Following reports of her positive COVID-19 test on Tuesday in Japan, Vietnamese health authorities have fumigated her household and workplace in Hai Duong.

Her direct contacts have been quarantined for coronavirus testing.

Vietnam is waiting for further tests on her in Japan, said Dang Quang Tan, a senior official from the Vietnamese Ministry of Health.

Since August 2020, many cases have tested positive for the virus in Japan and then retested negative after leaving Vietnam.

Vietnam reported zero new infections on Wednesday, with the tally standing at 1,551 patients, according to the health ministry.

A total of 1,430 patients have recovered from the respiratory disease caused by the novel coronavirus while 35 have died, most having underlying conditions.

The Southeast Asian country has detected no community cases since December 2.

The government is quarantining nearly 22,000 people who had close contact with infected patients or entered the country from virus-hit regions.

Vietnam is sealing its borders to all international arrivals but it still allows entry to skilled workers, experts, diplomats, and Vietnamese repatriates, who are all subject to mandatory quarantine upon arrival.