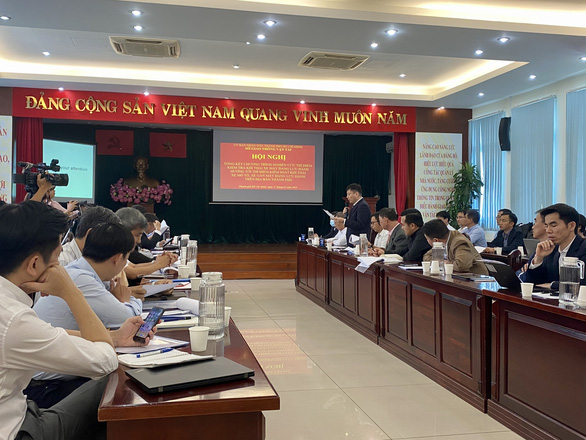 To further its goal of curbing air pollution, Ho Chi Minh City’s Department of Transport is considering mandating periodic emissions checks on all motorbikes in the locality, with free inspections to be offered to the city’s low income residents.

The proposal was announced at a meeting between Nguyen Huu Tien, deputy head of the Department of Environment under the Ministry of Transport, and Toshiyuki Takahara, vice-president of the Vietnam Association of Motorcycle Manufacturers (VAMM), in order to review findings from trial rounds of emissions checks on motorbikes in the city.

As part of the trials, researchers working on the proposal carried out tests on 10,682 motorbikes and surveyed 7,216 residents, as well as collected feedback from local officials and experts, according to Dinh Trong Khang from the Institute of Transport Science and Technology.

Using the data collected, the team in charge of the project suggested an emissions monitoring system for motorbikes in Ho Chi Minh City based on measures of vehicle age and region.

The system will be launched in four phases, starting in central districts and eventually being rolled out in other parts of the city.

The first phase will include the construction of 88 evaluation centers and a data archive system.

It will also include a mass examination of all functioning motorbikes, each of which will be charged VND50,000 (US$2.2) per year for the procedure.

Vehicles that fail the emissions test will be subject to an administrative fine that must be paid by the owners before being allowed on the street again.

In the next phase, 78 evaluation centers will be added using part of the VND553 billion ($24 million) fund allocated for the project until 2030.

After this stage, the project must fund itself using examination fees.

Speaking at the meeting, Bui Hoa An, deputy head of the Department of Transport, said air pollution in Hanoi and Ho Chi Minh City has significantly worsened in the past few years, which is attributable to motorbike emissions.

For that reason, a timely solution for motorbike emissions is urgently needed.

Based on the proposal, the municipal Department of Transport will report to the People’s Committee, which is expected to urge central agencies on the issuance of motorbike emissions regulations as amendments to the Law of Road Traffic.

According to An, Prime Minister Nguyen Xuan Phuc has called for the monitoring of motorbikes as part of the traffic strategy until 2020 with a vision to 2045.

The premier also mentioned a ban on outdated vehicles in Hanoi and Ho Chi Minh City, which serves as the foundation for elaborated work plans on curbing motorbike emissions.