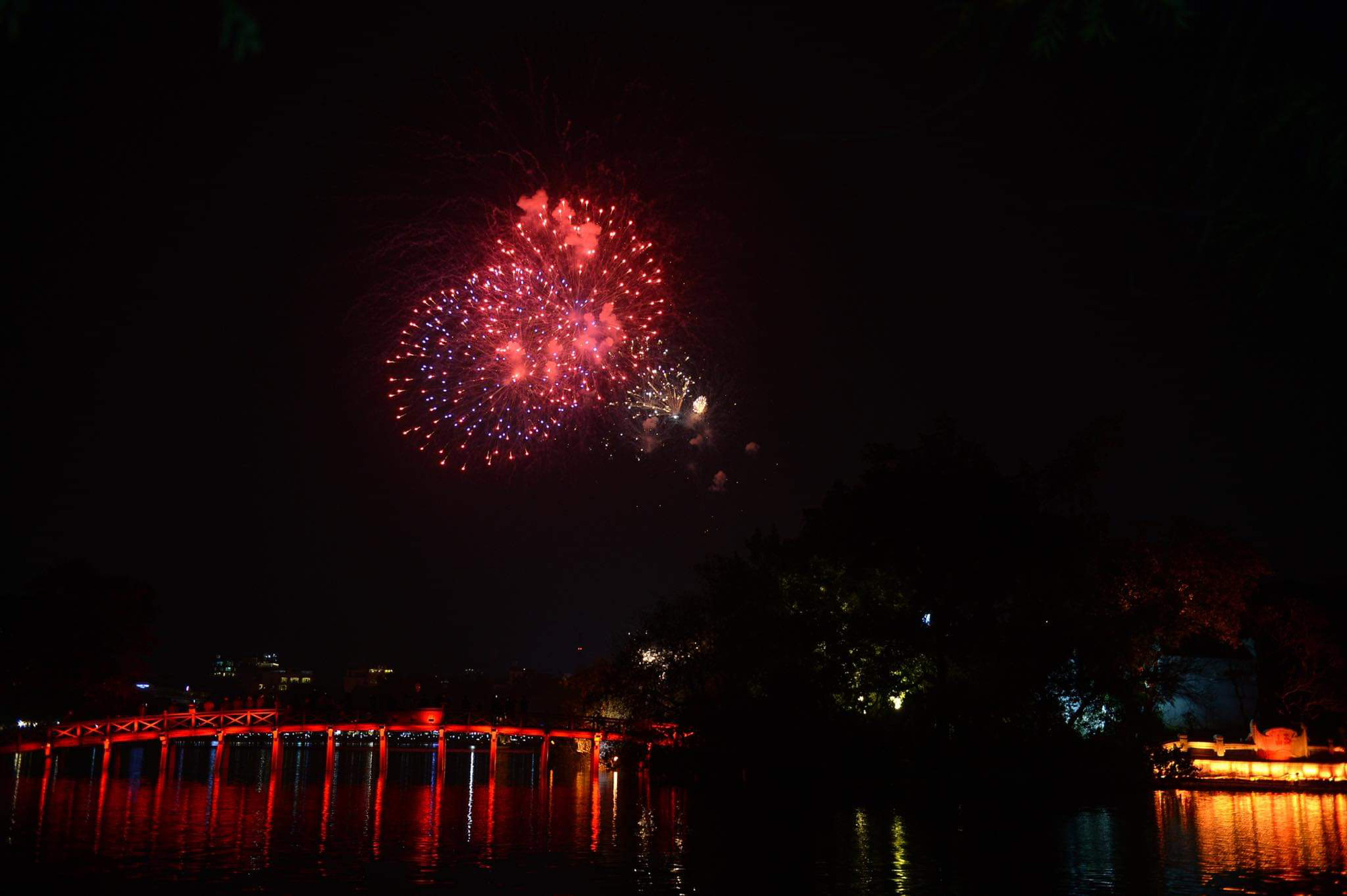 No gatherings, just one pyrotechnic display for Tet as Hanoi attempts to contain COVID-19

Hanoi authorities have banned gatherings near its one-and-only fireworks display location during the city’s 2021 Lunar New Year celebration to help curb the spread of a recent COVID-19 outbreak.

The municipal administration has amended plans to host Lunar New Year fireworks events in 30 districts and neighborhoods across the capital in order to minimize mass gatherings.

It will not organize pyrotechnic shows at 29 of the orginally planned locations.

The venue for the city’s single fireworks display to celebrate the Lunar New Year has yet to be announced.

In order to ensure COVID-19 prevention and control, Hanoi authorities have prohibited gatherings to watch the fireworks show. Instead, the display will be broadcast on live TV.

Apart from the pyrotechnic show, the city has limited festivities to only those it deems absolutely necessary.

Hanoi has reported 21 cases of community transmission out of 366 new COVID-19 infections in Vietnam since January 28, when the country logged its first two domestic cases after nearly two months.

Two hundred and seventy-seven patients were detected in Hai Duong, 42 in Quang Ninh, 14 in Gia Lai, three in Bac Ninh, two in Hoa Binh, four in Binh Duong and one each in Ho Chi Minh City, Hai Phong, and Bac Giang.

The Southeast Asian country has documented 1,948 coronavirus patients as of Thursday morning, with 1,461 recoveries and virus-related 35 deaths, according to the Ministry of Health.