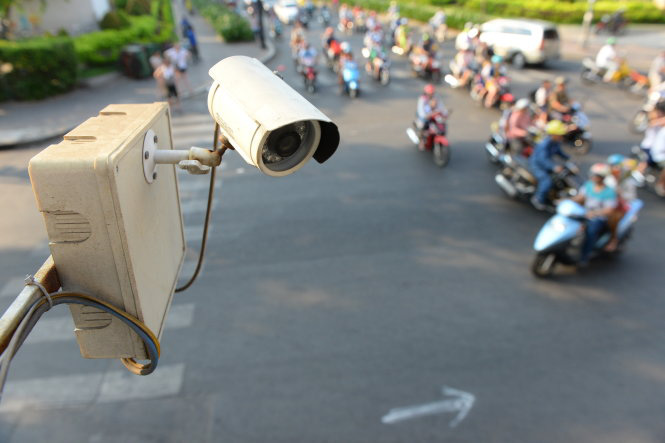 Vietnamese Prime Minister Nguyen Xuan Phuc has approved an investment worth over US$93 million in traffic CCTV and smart command centers in Hanoi, Ho Chi Minh City, and along National Highway No. 1.

The goal of the project is to upgrade the command information center of the traffic police division under the Ministry of Public Security, allowing the center to connect with camera systems of all units.

The plan will also upgrade traffic command and control centers of the Hanoi and Ho Chi Minh City Departments of Public Security.

National standards on the installation of CCTV systems will also be issued.

Worth an estimated VND2.15 trillion ($93.3 million), the project consists of three main stages.

The first phase, developed by the traffic police division under the Ministry of Public Security, will focus on the establishment of a shared data center that connects and shares all camera data in the country. The cost will be VND850 billion ($36.9 million).

The second stage, worth approximately VND650 billion ($28.2 million), includes the upgrade of the information command center and the installation of traffic CCTV managed by the Hanoi traffic police forces.

The third will focus on upgrading the information command center of the Ho Chi Minh City traffic police unit and installing traffic CCTV throughout the metropolis.

It is projected to also cost about VND650 billion.