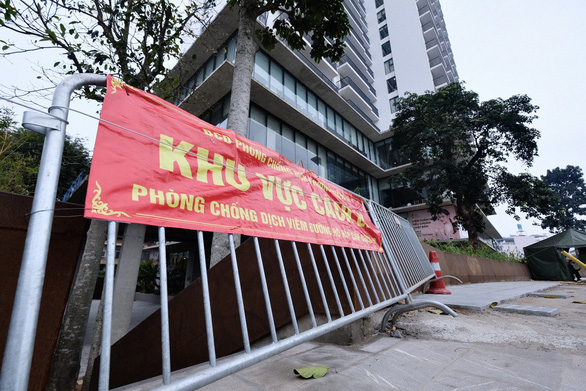 The Hanoi Department of Health has suspended a clinic where a Japanese expert visited before dying with COVID-19 last week.

The suspension was imposed on Raffles Medical Hanoi at 51 Xuan Dieu Street, Tay Ho District for its breaching regulations on COVID-19 screening, the health department said in a decision.

The suspension will last until the clinic has rectified its wrongdoing.

On February 13, a Japanese man was found dead at Somerset West Point Hanoi. He was then identified as an expert of Mitsui & Co. Vietnam Ltd. Hanoi Branch.

The 54-year-old expert arrived at Tan Son Nhat International Airport in Ho Chi Minh City on January 17, according to an epidemiological investigation.

He was brought to a quarantine center in Tan Binh District following his arrival and tested negative for the novel coronavirus twice on January 17 and 31.

He stayed at ibis Saigon Airport Hotel in Ho Chi Minh City after completing his quarantine period on January 31.

At 11:00 am on February 1, the man traveled to Hanoi via flight VN254 and stayed at Somerset West Point Hanoi from February 1 to 13.

The Japanese expert paid visits to Raffles Medical Hanoi on February 4 and 8 but the clinic failed to detect any abnormality.

On the evening of February 5, he went to Torikichi restaurant in Ba Dinh District.

The man was found dead at his hotel room at around 7:00 pm on February 13 and posthumously tested positive for the novel coronavirus on February 14.

Preliminary investigation showed he had died from respiratory failure, while no criminal signs were found at the scene.

The Japanese was confirmed as Vietnam’s COVID-19 patient No. 2,229 on Monday.

At least two more patients have caught the virus from this Japanese expert.

Contact tracing and targeted lockdowns are underway in Hanoi to prevent further transmission from this case.

Vietnam on Wednesday morning reported no COVID-19 case, keeping the country’s tally at 2,311 with 1,573 recoveries, according to the Ministry of Health.

The country has closed its borders to foreign visitors since March last year and only allowed entry to certain people like international experts and diplomats who will be quarantined upon arrival.