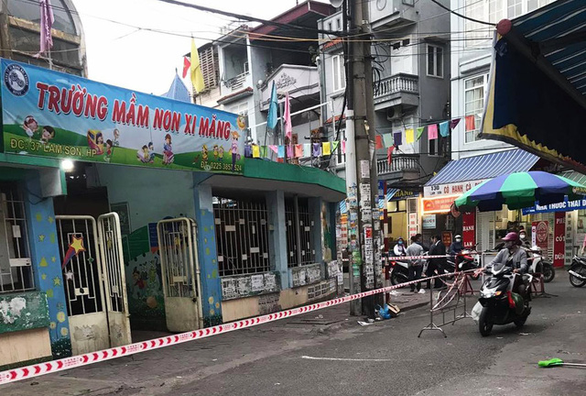 H.T.T., 55, a teacher at Tran Nguyen Han High School in northern Hai Phong City was fined VND10 million ($434) for her false medical declaration that impeded the effort to prevent COVID-19, said leaders of the Le Chan District People’s Committee under the city.

It was revealed that she had traveled to Hai Duong Province, a COVID-19 epicenter in northern Vietnam, which she did not disclose in her compulsory medical declaration.

After the revelation, Nguyen Van Tung, chairman of the Hai Phong People’s Committee and head of the municipal Steering Committee for COVID-19 Prevention and Control, ordered the leader of Le Chan District to levy the highest administration penalty on T.

The Hai Phong leader also required the city’s Department of Education and Training to reprimand T. for her action.

Even if she tests negative for COVID-19, T. will also be investigated and prosecuted by police officers.

Based on the extent of her violation, the Le Chan District People’s Committee decided to fine T. VND10 million for failure to comply with epidemic prevention measures as prescribed by relevant authorities.

The teacher was ordered to quarantine at an official facility while paying the costs associated.

Leaders of the Hai Phong Department of Education and Training told Tuoi Tre (Youth) newspaper that they are waiting for T.'s test result and will form a disciplinary committee to determine punishment for the teacher after she comes out of quarantine.

Authorities of An Duong District in Hai Phong had levied a VND10 million fine on P.T.S., a local woman, for her false medical report.

S. is a staff member of Yazaki Haiphong Vietnam Ltd., said the management board of Hai Phong Economic Zone.

A contact tracing effort of local authorities revealed that S. had traveled to Hai Duong with her husband and children on February 12 to visit her parents, yet returned to work on February 17 and 18 without submitting a health declaration or informing her employer about her time in an outbreak site.

A 15-day social distancing period began in the province on February 16.

As of Tuesday morning, Vietnam has documented 2,395 COVID-19 cases, with 1,717 having recovered and 35 deaths, according to the Ministry of Health.