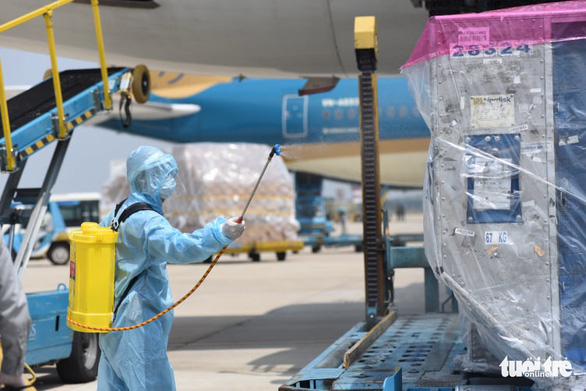 Vietnam’s Ministry of Health reported 11 domestically-transmitted COVID-19 infections along with 73 recoveries on Wednesday, with Hai Duong Province continuing to be the country’s largest cluster.

All the new cases were documented in Hai Duong, located in northern Vietnam, the health ministry said.

Vietnam had gone nearly two months logging zero domestic cases before it detected the first one on January 27 and confirmed it one day later, according to the health ministry’s data.

A total of 820 community-based cases have been confirmed in 13 provinces and cities since then, making it the most serious wave to have struck Vietnam after the first-ever COVID-19 patient was announced in the country on January 23, 2020.

Over 80 percent of these patients are symptomless while almost 15 percent exhibit mild symptoms, according to the health ministry’s analysis.

Daily new infections have been in decline in recent days thanks to social distancing, contact tracing, and targeted testing and lockdowns, the health ministry said, adding that community contagion in the epicenter of Hai Duong has also decelerated.

Vietnam has recorded 2,412 coronavirus cases, including 1,513 local infections, as of Wednesday night, with 1,790 recoveries and 35 virus-related fatalities, according to the Ministry of Health’s data.

The government is quarantining over 88,500 people who had contact with infected patients or made an entry from virus-plagued places.