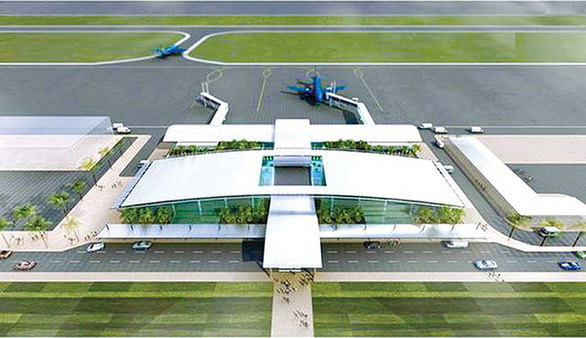 The People’s Committee of Quang Tri Province in central Vietnam is seeking in-principle approval from Prime Minister Nguyen Xuan Phuc for the construction of Quang Tri Airport, while the fellow central province Thua Thien-Hue is proposing the expansion of its own Phu Bai Airport.

As per Quang Tri’s proposal, the new airdrome project will be led by the municipal People’s Committee and funded by public-private partnership (PPP) sources.

PPP involves a cooperation deal signed between a public authority and a private party, in which the private party provides a public service for the project and assumes financial, technical, and operational risks.

Earlier on January 26, the Ministry of Transport approved the plan for Quang Tri Airport for 2030, which envisions the infrastructure as a domestic airport for both civil and military purposes.

According to the plan, Quang Tri’s namesake airdrome will span a lot of over 316 hectares in Gio Mai Commune, Gio Linh District.

Based on the ICAO Aerodrome Reference Code, Quang Tri Airport will be able to handle code C airplanes, which includes the Airbus A321, on a runway of at least 1,200 meters long.

Quang Tri Airport is expected to welcome one million passengers and transport 3,100 tons of cargo each year.

The local government expects the new airdrome to serve as a driving force for the socio-economic development of the province.

Many private investors, including T&T and FLC Group, are picking up interests in the airport construction project, an insider source said.

Meanwhile, Thua Thien-Hue is also eyeing many upgrades, including the expansion of runways, taxiways, and amelioration and instrument landing systems for the local Phu Bai International Airport, as stated in an official proposal sent from the province's leader Phan Ngoc Tho to Vietnam’s Deputy Prime Minister Truong Hoa Binh.

The expansion of Phu Bai Airport is deemed part of Thue Thien-Hue’s effort to solidify Phu Bai’s status as an international airport.

After undergoing several upgrades in 2013, Phu Bai Airport received a 2,700-meter-long, 45-meter wide runway, as well as a new terminal spanning 6,500 square meters, rendering it capable of handling new aircraft, including the Airbus A320 and A321.

Designed to welcome a maximum of 1.5 million passengers per year since its upgrade, Phu Bai Airport saw its yearly passenger count soar to nearly two million in 2019 and 2020.

Seeing the issue, the state-owned Airports Corporation of Vietnam, which manages 22 airports in the country, endorsed the construction of a new passenger terminal in Phu Bai, which is expected to be completed in 2021 and raise the airdrome’s passenger capacity to five million per year.

However, the plan was severely hindered for infrastructural incompatibility reasons, more specifically the inadequate runway length, which can impair operational capacity and safety standards of Phu Bai Airport.

According to the Thua Thien-Hue People’s Committee, solutions to these issues, including the extension of runways and the upgrade of taxiways, were approved by the prime minister on December 29, 2020.