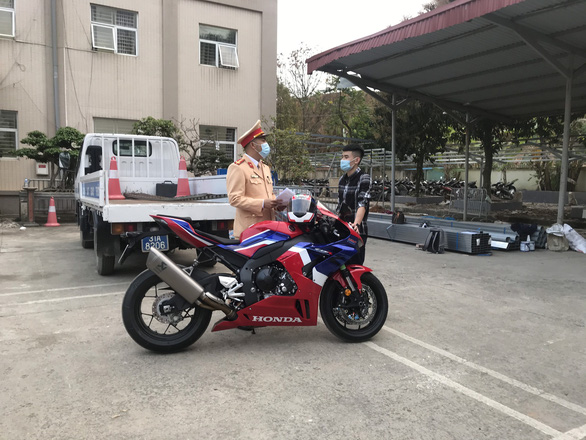 Speed Racer: Man fined for cruising through Hanoi at 299km/h

Traffic police in Hanoi issued a VND10.5 million (US$455) fine and confiscated the motorcycle of a driver caught ripping through Hanoi on Tuesday

According to the traffic police’s record, T.T.Kien, 26, was found riding a big displacement motorbike at 299km per hour (km/h) on Thang Long Avenue at 2:18 pm on Tuesday.

A four-minute video recording Kien’s deadly race from Hoa Lac Hi-Tech Park in Thach That District to the city center, during which he gradually accelerated from 160km/h to 299km/h, was shared to social media on Wednesday.

From the video, Hanoi traffic police were able to identify the speed camera along Kien’s route that held video footage of the incident.

Kien’s action violated regulations prohibiting two-wheeled vehicles from driving on a four-wheeler-only highway, as well as speeding and not having a driver's license.

The Hanoi traffic police thus fined Kien VND10.5 million and confiscated his motorcycle for seven days, as per the regulations.