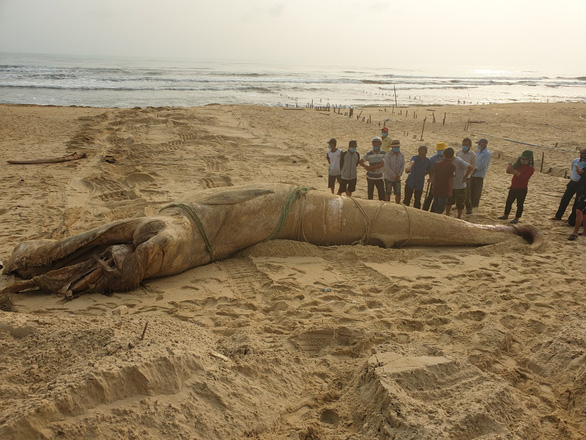 A whale carcass of over four metric tons in weight and over eight meters in length has been spotted on the shore of Thanh Binh District in Quang Nam Province, central Vietnam.

The remains were found decomposing on the beach of Binh Nam Commune in Thang Binh around 5:00 pm on Monday, local officials confirmed to Tuoi Tre (Youth)newspaper.

According to locals, this is the biggest whale carcass that they have ever seen washing up on the beach.

To fishermen in central Vietnam, whales are considered divine creatures who look after fishing boats and crews while they are at sea.

The animal is worshiped as Ca Ong, or 'Lord Whale,' and whale remains that wash up on local beaches are laid to rest in elaborate burial ceremonies.