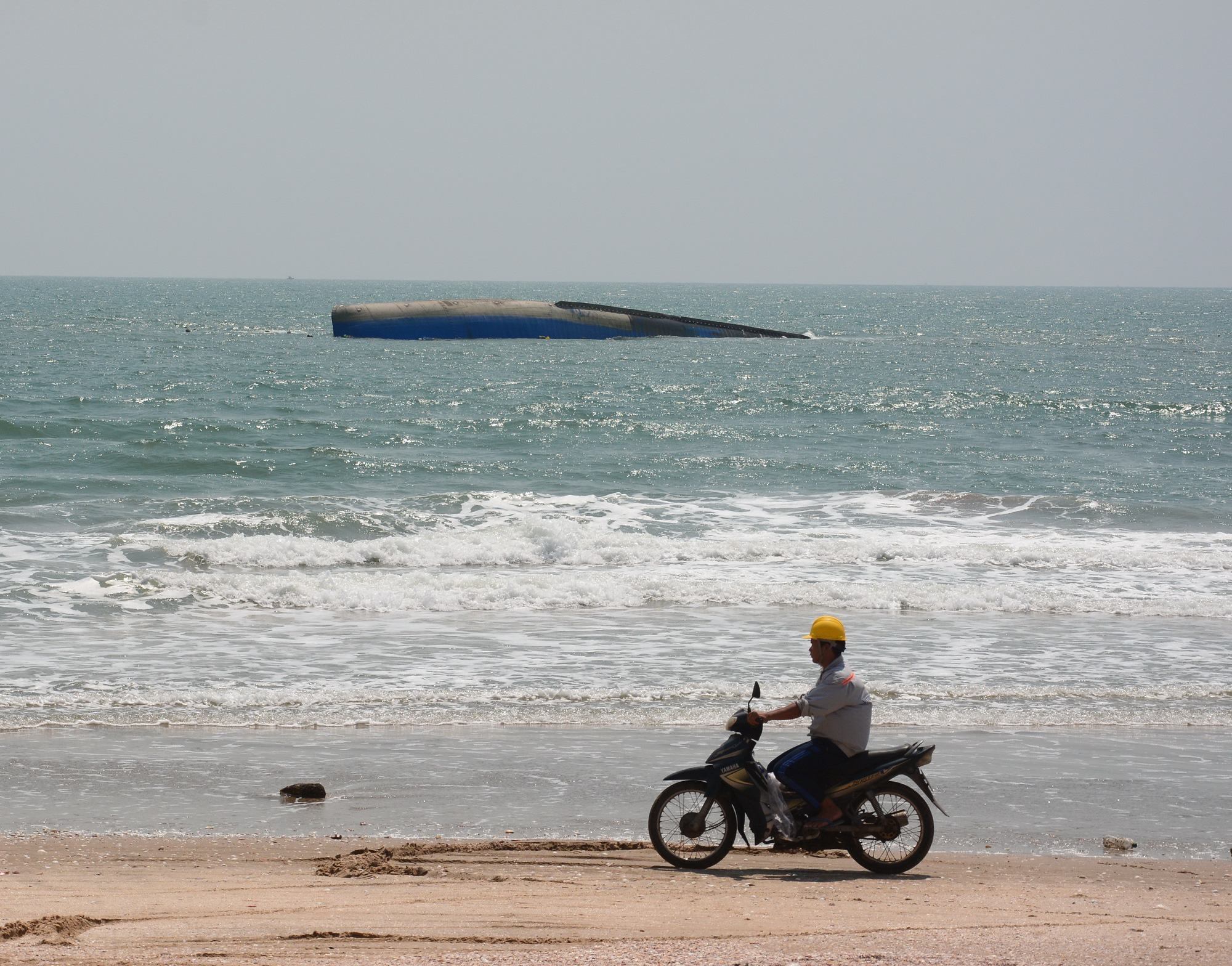 Authorities and related units in Mui Ne City in the south-central Vietnamese province of Binh Thuan have completed a plan to salvage a ship carrying 1,500 metric tons of fly ash that sunk off the coastal city last Sunday.

The Bach Dang ship, with a capacity of 2,500 metric tons, drifted into waters off Hon Rom - Mui Ne in Binh Thuan Province on its way to carry the fly ash from Vinh Tan 2 thermal power plant in the province to the southern province of Dong Nai.

Rescue forces mobilized canoes, fishing boats and water scooters as soon as they received an SOS from the captain. They managed to rescue all of seven sailors aboard the ship.

About 2,200 liters of diesel oil remained in the ship’s fuel tank when it capsized.

The ship has since been lying upside down on the sea, 300 meters off Mui Ne’s shore, with neither oil spill nor fly ash spreading, according to the Binh Thuan Department of Natural Resources and Environment.

On Thursday, the department urged related units to promptly carry out the ship salvation plan, which had been completed by Vietnam Salvage JSC (VISAL).

According to VISAL’s plan, the salvation shall take place in 20 days, with the use of two crane vessels with capacities of 350 metric tons and 130 metric tons, respectively, a tugboat, a dredger, diving machines, an air compressor, and containment booms.

The rescuers will first eliminate goods from the ship, then pump oil, and relocate it to deep water.

After that, they will turn the capsized vessel over, pump water out of the ship, and tow it to the port.

The containment booms will be deployed in case of oil spill.

Related units are requested to ensure absolute labor safety and carefully check the technical condition of vehicles during the salvation process. It can be suspended in the conditions of bad weather or any request from the local authorities.