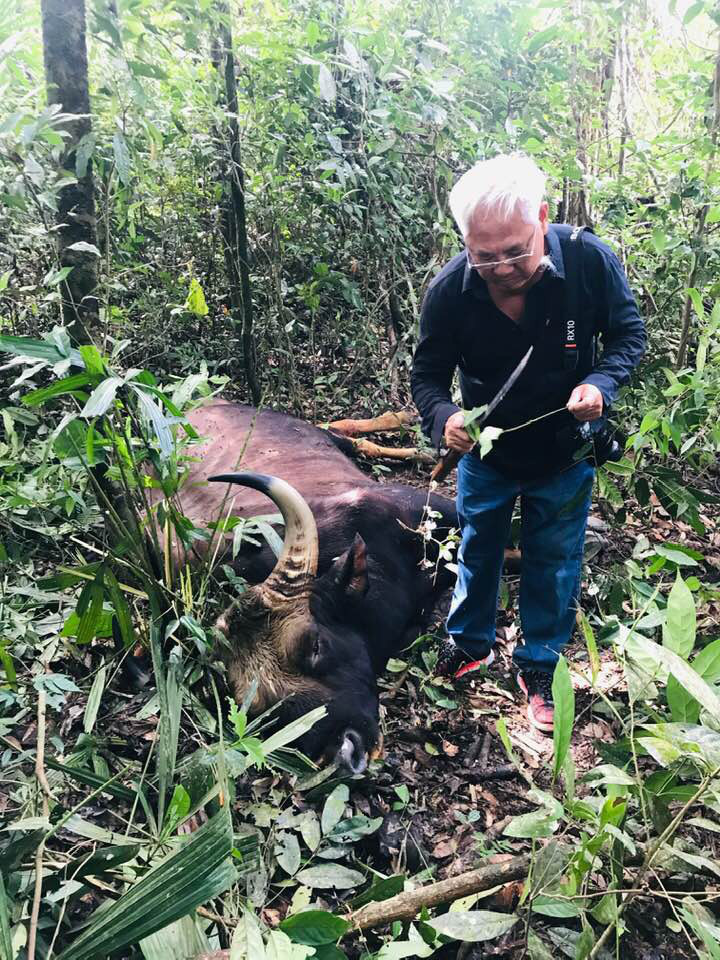 The head and bones of a gaur weighing 700 kilograms have been kept as specimens after it died at a nature reserve in the southern Vietnamese province of Dong Nai on the weekend.

The guar was found dead at the Dong Nai Culture and Nature Reserve in Hieu Liem Commune, Vinh Cuu District on Sunday.

The animal was a male weighing about 700 kilograms, with black fur and white markings on four legs.

It died of old age, according to the management board of the reserve.

Forest rangers previously spotted the gaur, which was showing signs of weakness and exhaustion, on April 9.

Local residents were advised to stay away from the area to avoid any confrontation.

The head and bones of the guar have been kept as specimens for scientific research and educational purposes.

Several gaurs have died of old age at the nature reserve in recent years.

However, an officer said that the animals proliferate quite fast as they are strictly protected.

The gaur, whose scientific name is Bos gaurus, can grow to the height of 1.9 meters and weigh up to one metric ton.

It is characterized by a dark brown and black color, white legs, and aggressive nature.

The species has been listed as vulnerable on the International Union for the Conservation of Nature’s Red List since 1986.

Vietnam currently has fewer than 300 gaurs, and the animals are listed as endangered in the country.