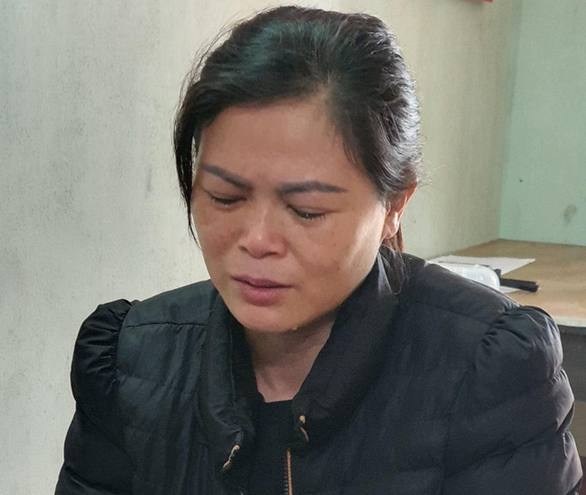 A woman has turned herself in to police in Vietnam after she killed her drunk husband by covering his mouth with tape and plunging his head face-down in a basin of water.

They previously called upon the woman to give herself up after suspecting her of being the killer.

The killing occurred at around 3:00 pm on February 9, when D.X.M., Nga’s husband, came home under the influence of alcohol and fell face-down on the doorstep with his clothes wet and dirty, according to police’s investigation results.

At that time, Nga and her four-year-old daughter were watching TV in the living room.

Nga then came up to her husband to help him stand up but he swore at her and grabbed her around the neck.

After managing to escape from him, Nga tied M.’s hands with a fabric string about 70cm long.

She left him there and went to take his clothes for changing later.

Nga came back to M. about 20 minutes later, bringing along a basin of water.

She washed her husband’s face, and as soon as Nga severed the string that tied his hands, M. grabbed her hair and continued to swear at her.

In a fit of anger, Nga recounted, she covered her husband’s mouth with tape and held his head face-down in a basin of water for about one minute. She saw M. open his eyes but close them again.

Nga removed the adhesive tape from his mouth, changed his clothes, and carried him to his bed.

At 10:00 pm on the same day, Nga tried to wake up her husband but he kept lying motionless.

She felt his limbs cold, so she called everyone around to help her take him to hospital, but he was then found dead.

Nga reported to police that her husband had died from falling on the doorstep while being drunk.

Police officers, however, discovered some suspicious injuries on M.’s body, and the forensic examination conducted later concluded that the man had died from asphyxiation.

She later gave herself up to police on March 3.