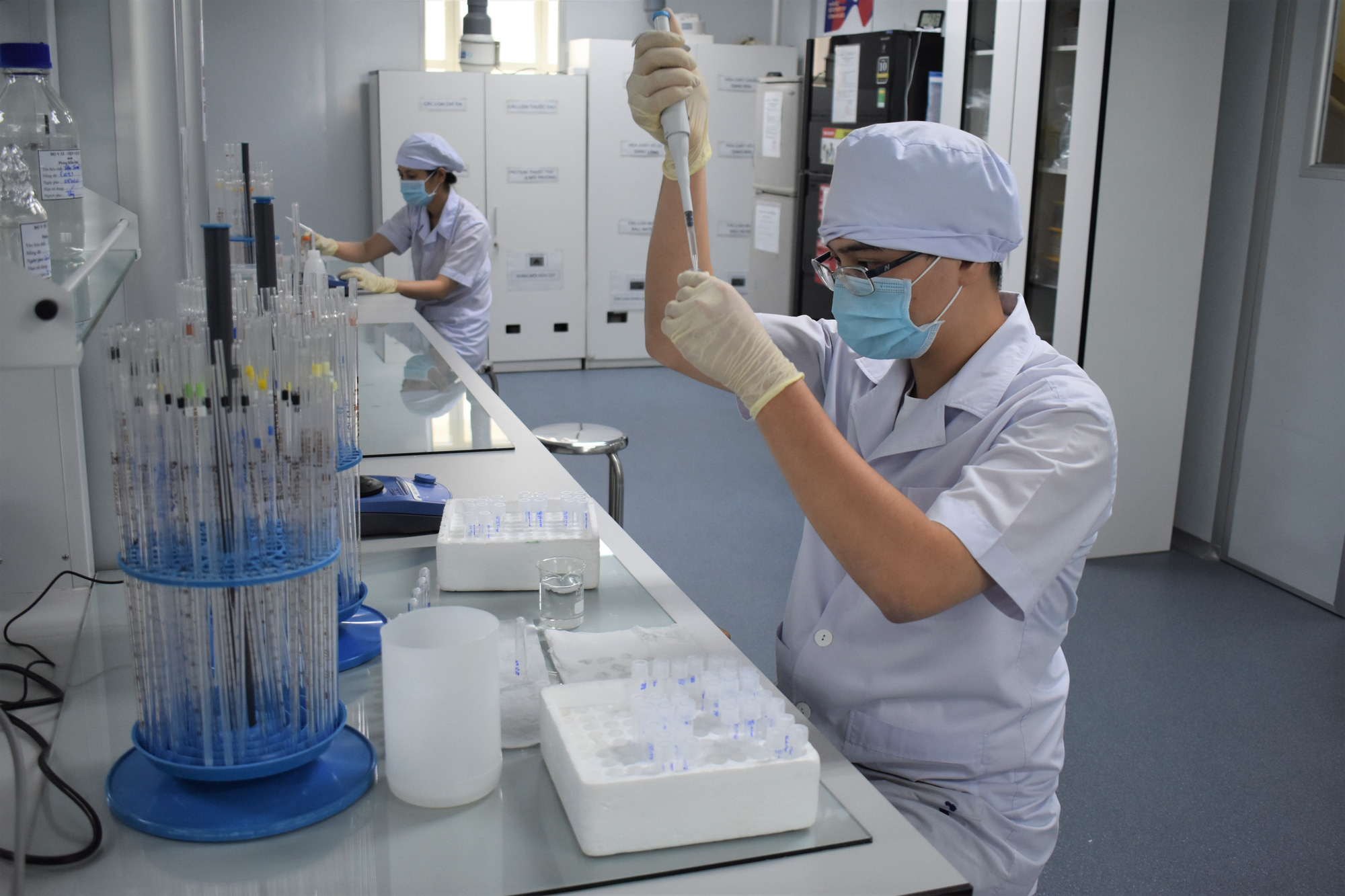 Vietnam’s second homegrown COVID-19 vaccine – Covivac – is expected to be distributed to the local market within the first quarter of 2022.

Covivac was developed by the Institute of Vaccines and Medical Biologicals (IVAC), in coordination with universities and international organizations, as well as local and foreign partners.

The vaccine shares some similarities with AstraZeneca’s COVID-19 jab, which Vietnam has imported and administered to certain target groups, as they are both based on vector technology, according to Duong Huu Thai, head of the IVAC.

The human trials for Covivac commenced on March 15 and are being carried out by the National Institute of Hygiene and Epidemiology at Hanoi Medical University.

The first phase includes 120 volunteers divided into five groups. Each of them will receive two shots with an interval of 28 days.

About 66 volunteers have received the jabs so far, Thai said, adding that some of them experienced side effects such as pain at the injection site, headaches, muscle aches, and fatigue, which lasted for only one day.

A mid-term report of this phase is expected to be completed by July.

If the results are promising, the second phase will be conducted in the southern province of Binh Duong with the participation of 300 volunteers.

"We are accelerating the research and testing progress," Thai elaborated.

"The vaccine is slated to be used in the country and possibly exported to other nations within the first quarter of 2022.”

The IVAC is currently capable of producing six million shots a year and up to 30 million doses per year in the future.

A dose of Covivac will cost only VND60,000 (US$2.6), the official elaborated, adding that the vaccine is also easy to transport and store.

Developed by Nanogen Pharmaceutical Biotechnology, Nanocovax entered its first phase of human trials on December 17, 2020 and second phase on February 26.

The third phase is anticipated to commence in early May and conclude at the end of the third quarter.

The vaccine is expected to be available by the fourth quarter of this year and put into use in 2022, according to the Ministry of Health.

A total of four made-in-Vietnam COVID-19 vaccines are being developed by Nanogen Pharmaceutical Biotechnology, Vaccine and Biological Production Company No. 1 (VABIOTECH), the IVAC, and the Center for Research and Production of Vaccines and Biologicals (Polyvac).