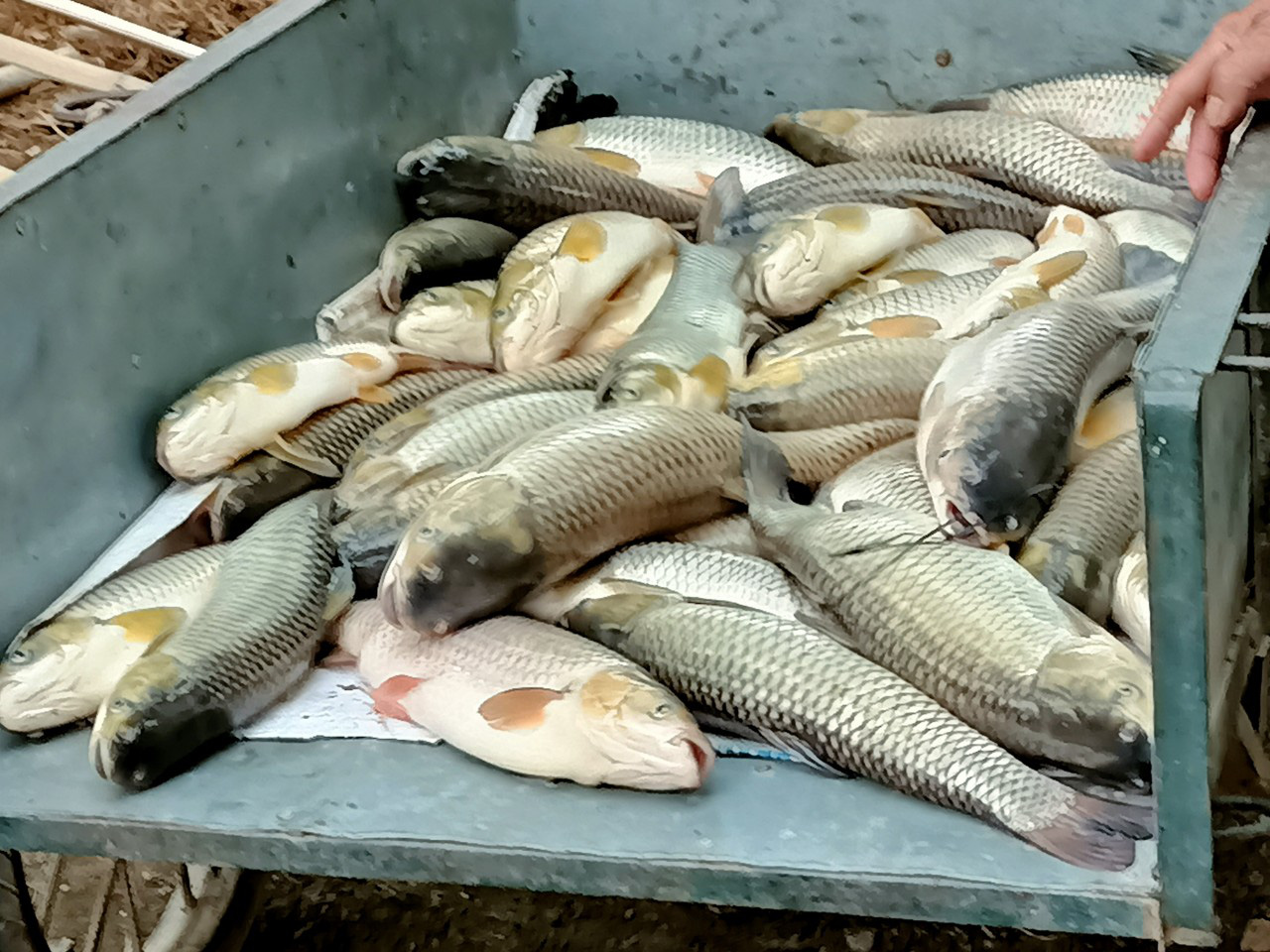 More than 14 metric tons of farm-raised fish along a river in the north-central Vietnamese province of Thanh Hoa died within Wednesday alone, while competent authorities have yet to confirm the reason behind the incident.

The mass fish deaths occurred along a section of the Ma River in Cam Thanh and Cam Luong Communes in Cam Thuy District.

As of Thursday morning, a total of 108 households in the two communes had been affected, according to the Cam Thuy District bureau of agriculture and rural development.

Local fish farmers are now at risk of becoming empty-handed as the harvest time is just around the corner.

The provincial Department of Agriculture and Rural Development has asked district-level administrations along the river to closely monitor fish farming activities.

Officers have collected samples of the wastewater for further tests.

They have not confirmed that the activity is linked to the mass fish deaths in Cam Thuy District.

The People’s Committee in Quan Hoa District has ordered a comprehensive inspection of all forestry processing facilities in the locality.

Similar fish deaths have also been recorded along another section of the Ma River in Ba Thuoc District, which is adjacent to Cam Thuy District, since March 15.

More than 16 metric tons of fish have gone 'belly-up' in Ba Thuoc so far.

After carrying out several tests, competent authorities have ruled out an epidemic as the reason behind the phenomenon.