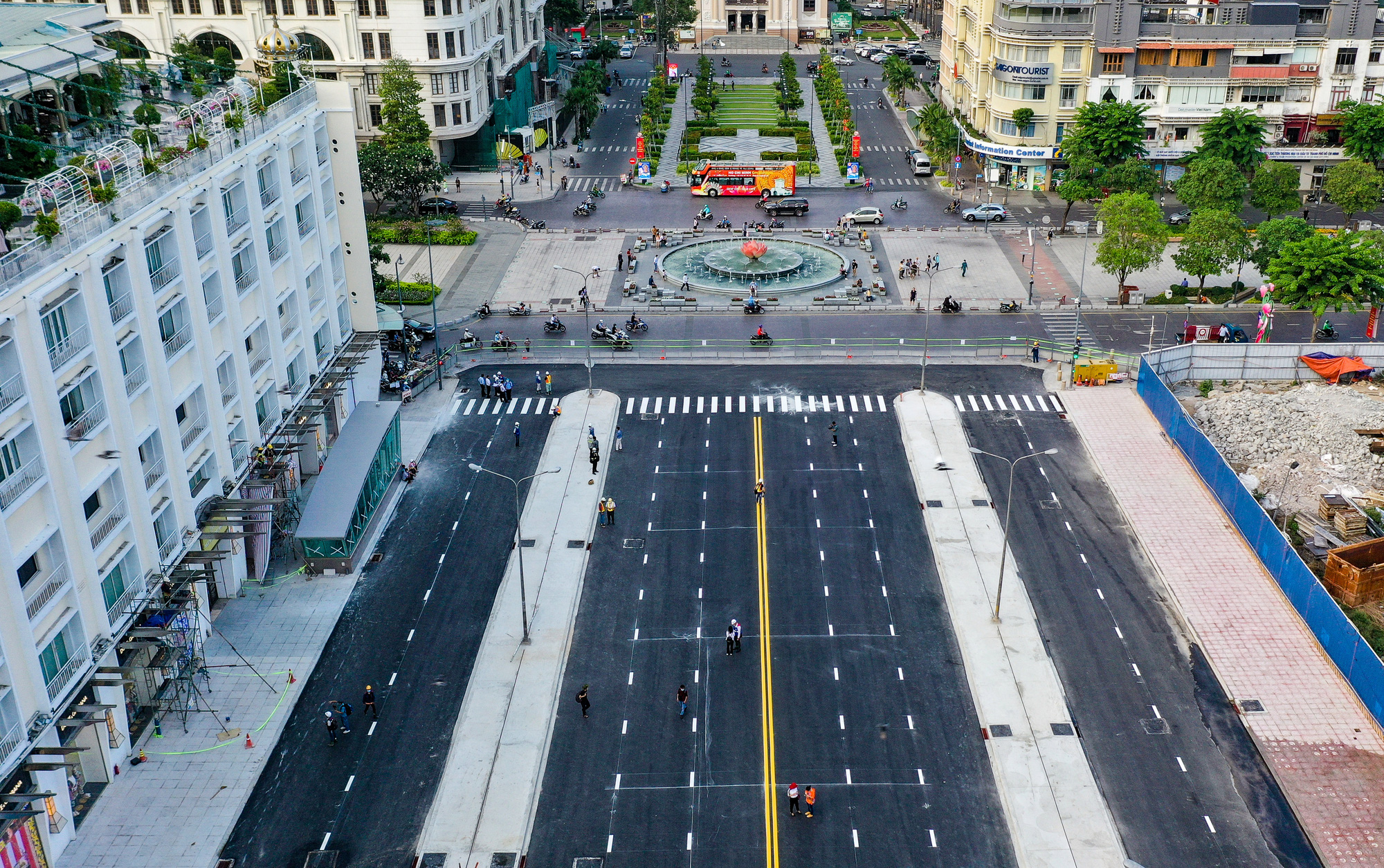 A street in downtown Ho Chi Minh City partially reopened to traffic after the developer of the city’s metro line No. 1 project finished removing construction barriers along a portion of the road it had occupied for the past seven years.

Commuters are allowed to travel west on Le Loi Street in District 1 between Pasteur and Nguyen Hue Streets from Thursday.

On Wednesday afternoon, the Management Authority for Urban Railways and the Shimizu - Maeda joint venture completed removing all barriers belonging to the CP1b construction package, an important part of the metro line No. 1 project.

These barriers were first erected in 2014 for the construction of the Municipal Theater Station.

The street section was handed over to the municipal Department of Construction, Department of Transport, and District 1 People’s Committee for further work.

The barriers belonging to the CP1a construction package which occupy the remaining blocked-off section of Le Loi Street are expected to be removed by the end of the year.

The CP1a package includes the section of metro line No. 1 linking the Municipal Theater Station and Ben Thanh Terminal.

The now-cleared area also seems to have been given a fresh layer of asphalt, brand new sidewalks, and a lighting system.

“I’m very glad that the barriers have been cleared because my business has been severely affected over the past several years,” said Cao Thi Nhu, a resident on Le Loi Street.

Metro line No. 1, which runs from Ben Thanh Market in District 1 to Suoi Tien Theme Park in Thu Duc City, is 19.7km long, including 2.6km of underground railways and 17.1km of elevated railways.

Initiated in August 2012, the metro line project was estimated to cost over VND43.7 trillion (US$1.9 billion).

About 94 percent of the work has been finished and the metro route is expected to be put into operation in 2022.