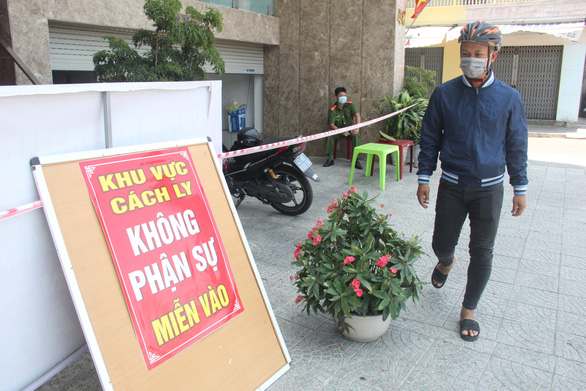 Spreading misinformation on Da Nang’s COVID-19 situation is a violation of Vietnamese law and will be punished accordingly, the municipal Department of Information and a Communications stated in a recent announcement.

According to Nguyen Quang Thanh, director of the department, several sources have disseminated misinformation regarding Da Nang’s coronavirus situation on social media in recent weeks.

Several accounts have doxed COVID-19 patients, violating their privacy, as stated in Article 8 of Vietnam’s Law on Medical Examination and Treatment.

Meanwhile, several other sources are accused of spreading false statements regarding epidemic transmission in the city, an act also considered unlawful in Vietnam.

Violators could be penalized with fines as high as VND30 million ($1,300), according to a decree on penalties for legal breaches in communications and information technology.

The Da Nang Department of Information and Communications also called on residents to refrain from spreading news from unofficial sources, as well as unverified information and the private details of patients.

The city is stepping up prevention measures to prevent another outbreak.

Over two dozen people had been fined a total of VND34 million (US$1,474) for failure to wear face masks in public in Da Nang as of Tuesday.

Director Thanh stated that authorities will continue patrolling public and crowded locations to ensure that residents comply with COVID-19 prevention and control measures.

Authorities in Son Tra District also asked residents to refrain from swimming at local beaches in light of a prohibition on the activity declared by the municipal administration from 0:00 on Tuesday.

Vietnam has confirmed 3,030 coronavirus infections, with 2,560 recoveries and 35 deaths, since the virus first struck the country on January 23, 2020, according to the health ministry’s data.

Sixty-four local infections have been recorded in the country since April 27, including two cases in Da Nang.

The government has vaccinated more than almost 676,000 people since its roll-out of mass immunization on March 8, it said in a report via its verified Facebook account on Thursday.

Those inoculated were medical staff and other frontline workers.

Hanoi, Ho Chi Minh City, and other provinces have shuttered non-essential services such as karaoke parlors, nightclubs, discos, and online game centers to stall the coronavirus.