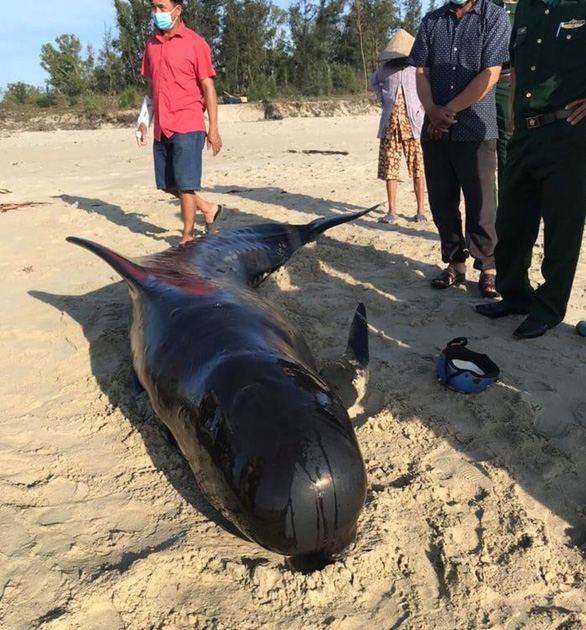 Whale dies after washing up twice on central Vietnam beach

Residents of coastal Duy Hai Commune in Duy Xuyen District, located in Vietnam's Quang Nam Province, have buried a whale of three meters in length and over 300 kilograms in weight, which did not survive after washing up on the local shore twice this week.

Tran Van Siem, deputy chairman of the Duy Hai People’s Committee, confirmed the death of the whale on Thursday.

The whale was first found on the shore of Duy Hai Commune’s Tay Son Dong Village on Wednesday afternoon.

Locals joined forces to fetch the whale back to the ocean within Wednesday, but it was found washing up on the beach again around 5:00 am the next day.

It was deemed dead shortly after.

To fishermen in central Vietnam, whales are considered divine creatures who look after fishing boats and crews while they are at sea.

The animal is worshipped as Ca Ong, or 'Lord Whale,' and whale remains that wash up on local beaches are laid to rest in elaborate burial ceremonies.