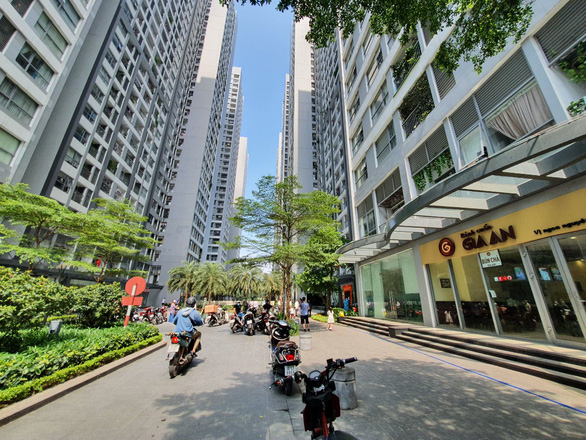 Hanoi authorities have locked down an apartment building following a confirmed coronavirus infection in an Indian boy, amid the continued epidemic spread in the capital city.

Thousands of residents of the Park 9 Building in the Times City urban area in Hoang Mai District have been requested to stay home from Saturday afternoon after a COVID-19 case was earlier reported, local authorities said.

A three-year-old Indian boy, residing on the 33rd floor of the building, tested positive for the virus on Saturday morning, Tran Van Vinh, a senior local official, told reporters.

The Hanoi Center for Disease Control confirmed the infection after testing the boy’s sample sent in from the Vinmec Hospital, where he had been examined.

“We have isolated the building to track all close contacts of the patient,” Vinh said.

“All residents on the 33rd floor of the building will be sampled for testing.”

Local authorities have directed health and police forces to urgently trace and identify the boy’s contacts for quarantine and testing.

The Indian boy entered Vietnam on April 24 and stayed at a centralized quarantine facility until May 15, when he was taken to the apartment building, Nhan Dan (People) newspaper reported.

Since then, the boy had not left the apartment complex until his infection was recorded on Saturday.

The Park 9 Building has 34 floors and three basements, providing 512 apartments.

On May 4, a 37-year-old Indian engineer who lives in the Park 10 Building of this urban area tested positive for COVID-19 at the same hospital.

Vietnam has recorded 5,141 COVID-19 cases as of Sunday afternoon, with 2,721 recoveries and 42 deaths, according to the Ministry of Health.

The country has documented 2,089 local infections in 30 provinces and cities since April 27, the beginning of the fourth wave of COVID-19.