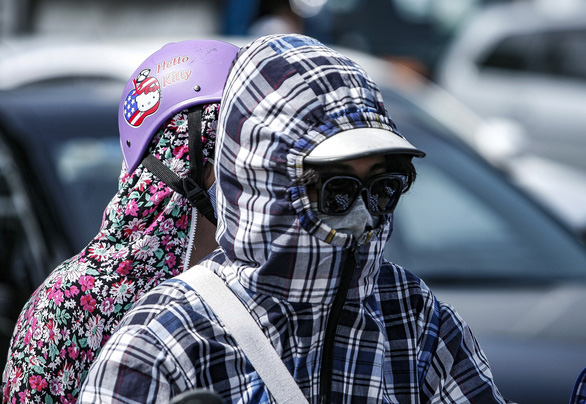 Hot weather with temperatures of up to over 38 degrees Celsius that started striking northern and central Vietnam on Friday is likely to continue for several days, the national weather agency has warned.

The heatwave, which results from the combination of a hot low-pressure system and the Foehn effect, may last until the first days of June, the National Center for Hydro-meteorological Forecasting forecast.

The northern region and the provinces from Thanh Hoa to Phu Yen have experienced temperatures of more than 38 degrees Celsius since Friday, the center reported.

Humidity in the regions will range between 45 and 60 percent, while temperatures of above 35 degrees Celsius will be recorded from midday to 5:00 pm.

In Hanoi, such humidity will likely reach 60 percent while other weather conditions will be the same.

The hot weather, combined with lowered humidity and strong winds, poses high risks of fire and explosion, the center warned.

It also called for precautions against forest fires in central provinces during the heatwave.

Such scorching weather may cause health problems such as dehydration, stroke, and heatstroke to people with long exposure to the sun.

The Central Highlands and southern regions will have sunlight during the day as well as thunderstorms in the evening and at night from Saturday until June 4.

Gusts, whirlwinds, and lightning strikes will likely appear during the rainstorms.

It also forecast that water levels in the rivers in these regions may change slowly in coming days.