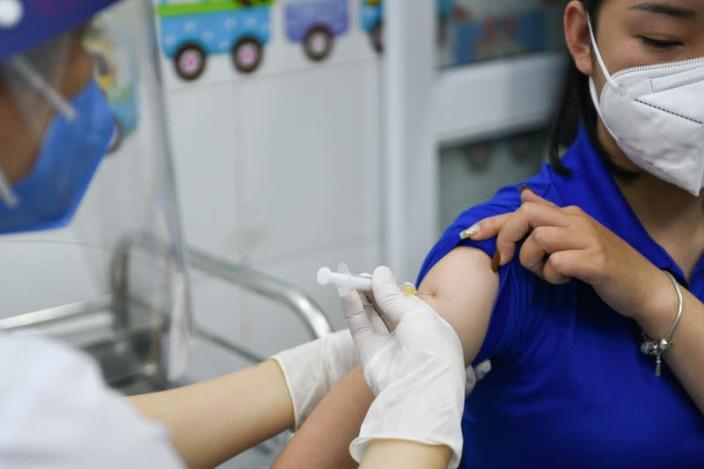 HANOI -- Vietnam on Monday suspended more inbound flights, tightened curbs in its biggest city and urged private procurements of coronavirus vaccines, as it races to secure supplies and tackle an outbreak that has seen its cases double in the past month.

Vietnam has rolled out vaccine shots at a slow pace so its government said on Monday it must remove obstacles to vaccine access, including by allowing local authorities and companies to procure vaccines themselves, via the health ministry or 27 authorised importers.

Vietnam has reached out to foreign countries for help with vaccine procurement, including the United States.

“There must be measures to secure the vaccines at the earliest,” Deputy Prime Minister Vu Duc Dam told a cabinet meeting.

“All hurdles must be lifted, and all related issues must be addressed.”

After successfully containing outbreaks for most of last year, Vietnam has seen infections rise sharply and has detected several highly transmissible variants, plus a new one announced on Saturday that had elements of the variants first identified in Britain and India.

Vietnam has authorised those of AstraZeneca and Russian vaccine Sputnik V. Long on Saturday said Moderna and Pfizer/BioNTech had applied.

The government on Monday said international flights into Hanoi would be halted until June 7, following a similar move by the business hub Ho Chi Minh City, which on Monday started 15 days of measures that include bans on dine-in restaurants and public gatherings of more than 10 people, plus closures of casinos and beauty salons.

Vietnam has recorded just 7,432 coronavirus cases and 47 deaths overall. The new outbreak has reached 36 of its 63 provinces, including industralised Bac Ninh and Bac Giang, home to production facilities of global giants like Samsung Electronics and Foxconn.

Authorities started inoculating workers in Bac Ninh and Bac Giang on Friday, with 150,000 doses to each province, according to the health ministry.

The World Health Organization (WHO) representative in Vietnam on Monday said the “combination” announced at the weekend was the Indian variant with a mutation found in the British variant, referring to it as a Y144 deletion mutation in the spike protein.

“Virus mutations are to be expected,” Kidong Park said, adding the WHO was monitoring the mutation and would support investigation if needed.