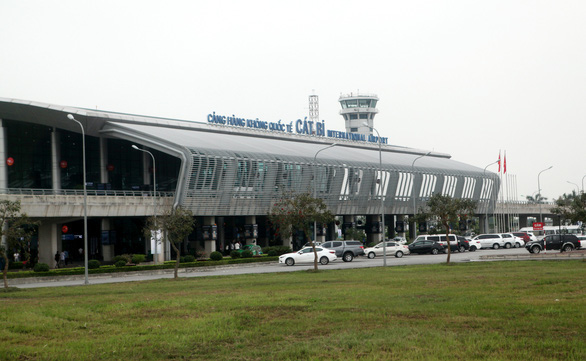 All flights between the southern Ho Chi Minh City and the northern Hai Phong City will be shuttered until further notice, according to an official statement released by the Civil Aviation Authority of Vietnam (CAAV) on Thursday.

As per the statement, the CAAV required airdromes, airport authorities, and relevant agencies to immediately begin enforcing the ban.

On June 1, the People’s Committee of Hai Phong City urged the Ministry of Transport and the CAAV to halt all flights between the city and Ho Chi Minh due to the increase in coronavirus transmissions in the southern metropolis.

According to the CAAV’s initial schedule, three carriers would operate on the Ho Chi Minh – Hai Phong route from May 31 to June 6, with each making two to three round trips per day.

Ho Chi Minh City is currently scrambling to curb the fourth wave of coronavirus transmissions by imposing a 15-day social distancing mandate that began on Monday.

Under restrictions in the city, public gatherings of more than 10 are banned, while those aged 60 and over are advised to stay indoors.

All non-essential businesses have been halted.

The city also mandated 14 days of self-isolation for entrants from other parts of the southern metropolis, national radio Voice of Vietnam reported.

On June 1, Hai Phong’s neighboring province, Quang Ninh, also requested the Ministry of Transport and the CAAV shutter all flights from the locale to Ho Chi Minh City and vice versa.

After successfully containing COVID-19 for most of last year, infections in Vietnam have risen since late April, raising the national tally to 8,364 patients as of Saturday morning.

There has been a total of 51 virus-related deaths reported in the country so far.