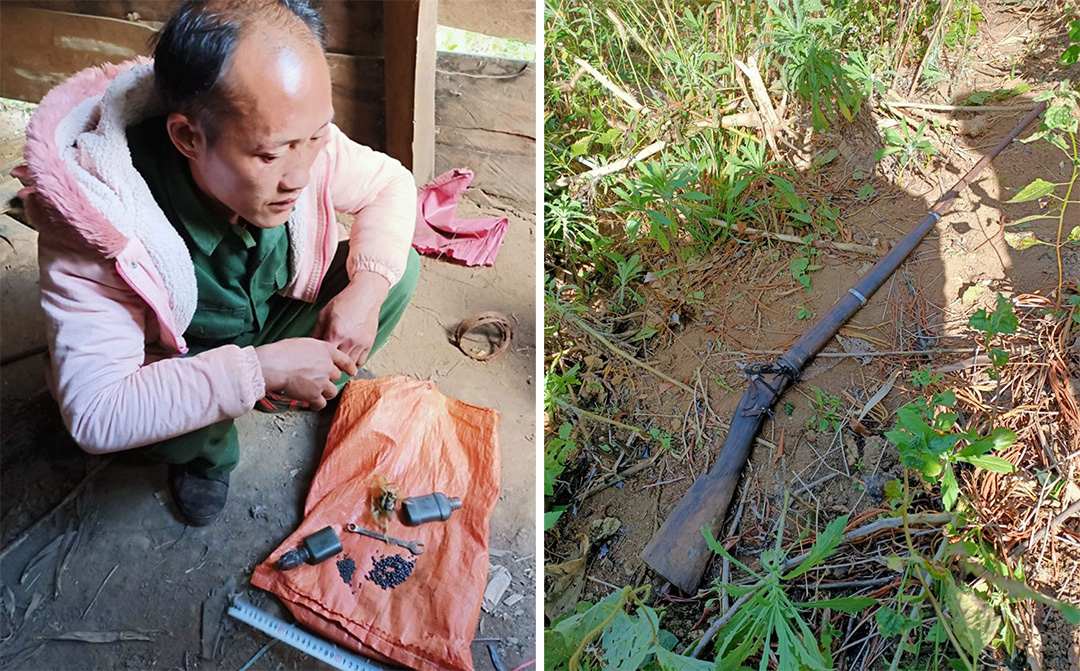 A 37-year-old man from Dak Nong Province in Vietnam's Central Highlands region has been indicted for fatally shooting a local resident after mistaking the victim for a monkey.

The People’s Procuracy of Dak Song District in Dak Nong said on Monday that it had issued an indictment against Hoang Van Chau, 37, hailing from the same district on indictment for “involuntary manslaughter.”

Chau was riding a motorbike into the forest area managed by Dak N’Tao Company Limited to check animal traps at around 3:30 pm on January 8 when he saw a group of about 20 monkeys eating cassava, according to the indictment.

He stopped the motorbike and then walked to the cassava field, where he had hidden an already-loaded homemade gun in advance.

Seeing an object protruding behind a rock about 15 meters from his position and thinking it was a monkey’s head, he pointed the gun toward the sticking-out object and pulled the trigger.

As he ran to check whether his shot hit the target, he was shocked to see a man lying motionless behind the rock.

Chau then hid the gun away and informed some hunters nearby about the incident.

The victim, who was later identified as Lau Van Vang, 35, from Cu Jut District, died on the way to hospital due to the severe injury.

According to Vietnamese law, people who commit illegal hunting, including catching and killing animals on the list of endangered, precious, and rare species prioritized for protection, face the heaviest punishment of 10-15 years in prison and an additional penalty of VND50-200 million (US$2,180-8,700).

Meanwhile, the heaviest penalty for manslaughter is ten years in jail.