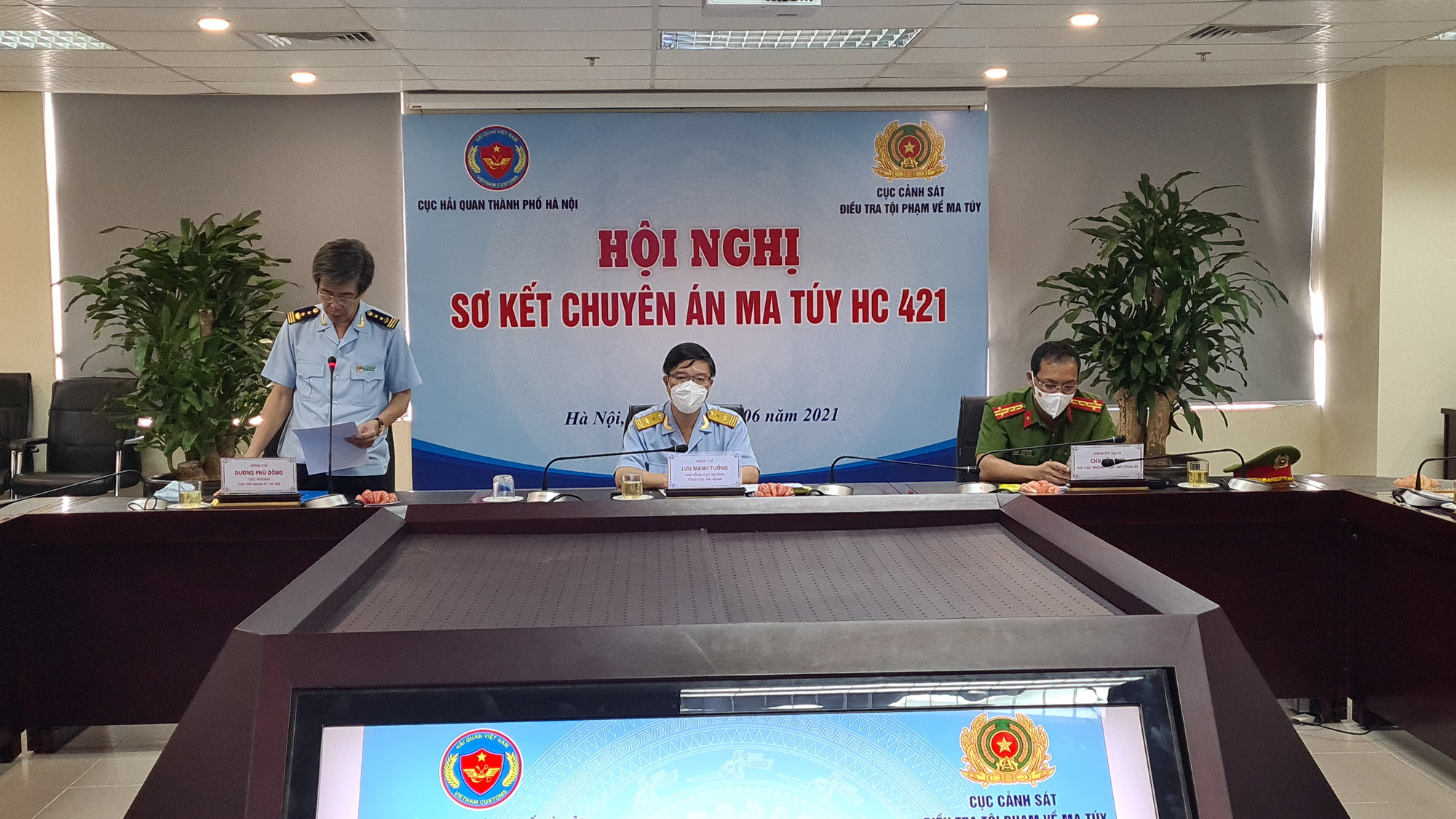 Authorities have busted eight drug trafficking rings operating in different Vietnamese localities after finding out their relation to about 127.5 kilograms of synthetic drugs transported from the Netherlands to Vietnam in April.

The results of the specialized investigation into the case were announced at a conference co-hosted by the Hanoi Customs Department under the General Department of Vietnam Customs and the Investigation Police Department on Drug-Related Crimes on Friday afternoon.

From the beginning of April this year, the Hanoi Customs Department has received many reports on drugs transported from the Netherlands to Hanoi by air.

After going through customs clearance at Noi Bai International Airport, drugs are delivered to many localities throughout the country.

A specialized investigation team with representatives from multiple units and agencies was thus formed to deal with the case.

After the reconnaissance and investigation period from April 9 to 27, the officers managed to seize about 127.5 kilograms of ecstasy and ketamine and arrest 16 people from eight drug trafficking rings in the four aforementioned localities.

This is the drug trafficking racket using air transport and express delivery services with the largest numbers of arrested people and confiscated exhibits ever, according to the Hanoi Customs Department.