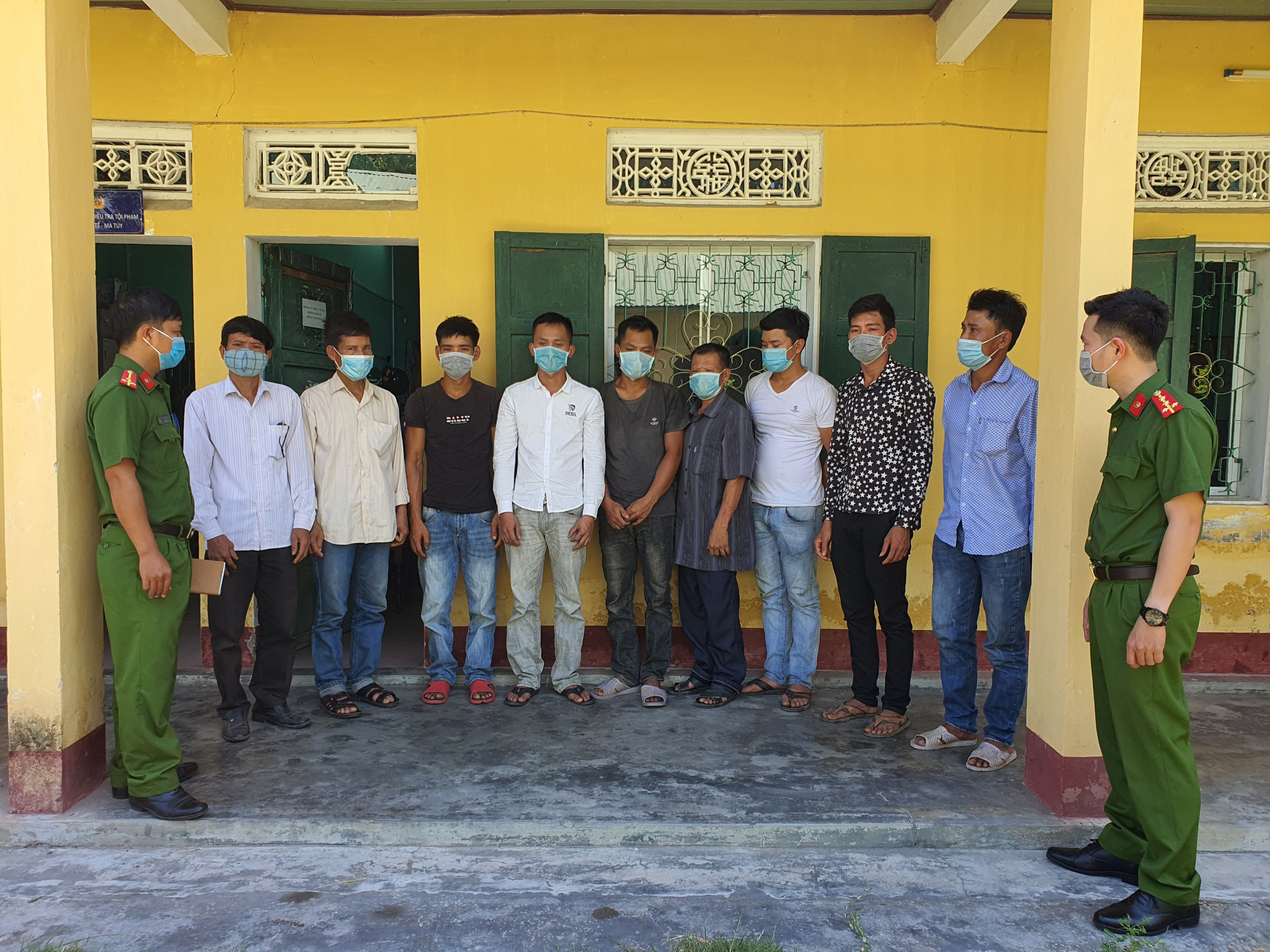 Police in Huong Thuy Town, located in the central Vietnamese province of Thua Thien-Hue, on Monday said that they had started legal proceedings against ten people, including one forest ranger, for violating regulations on forest exploitation and protection.

Dung masterminded and coaxed the other eight loggers to join him in illegally chopping down the trees at two forest lots in the town in April and selling the wood they collected for money, according to initial investigation.

Before every deforestation trip, Dung contacted Nguyen via phone calls to be shown the locations in the forest, whose protection and management the ranger was responsible for.

The nine loggers were able to cut down trees for wood at those recommended locations while Nguyen pretended to know nothing about their logging.

Dung paid Nguyen VND2 million (US$87) per wood shipment successfully carried out of the forest.

Authorities determined that these loggers had felled a total of 55 pine trees, harvesting more than 25 cubic meters of wood, causing damage of over VND75 million ($3,262).

The money collected from selling this amount of wood was all spent on their personal purposes.