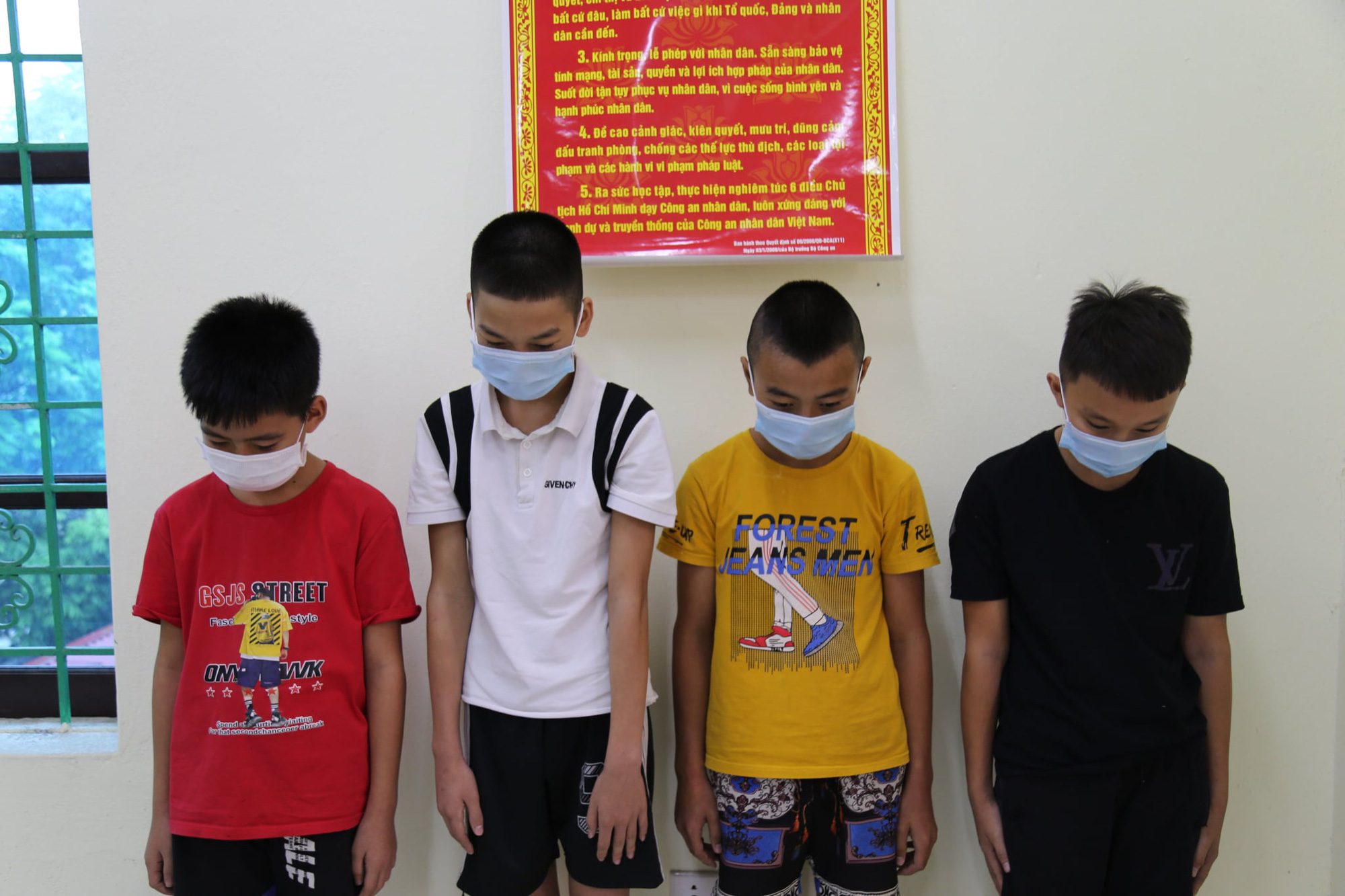 A group of four teenage students in Vinh Phuc were caught throwing stones at vehicles running on the section of an expressway through the northern Vietnamese province, imitating videos they watched on TikTok.

Police in the province’s Tam Duong District said on Sunday that they had received a report from Vuong Xuan Chien, a 36-year-old man, about someone throwing stones at his truck while he was driving on Noi Bai - Lao Cai Expressway at around 7:15 am on June 22.

Officers quickly investigated the case and were able to find that Le Tien T., Le Truong G., Nguyen Dinh D., and Kim Thanh T., four middle-school students living in the same district, were behind the incident.

According to investigation results, Le Tien T. was inspired to mastermind the vandalism by the TikTok videos he had watched on his parents’ smartphones.

“I thought what people did in the videos was very funny, so I asked my friends to go on the expressway to throw stones at vehicles,” Le Tien T. said at the police station.

The group of four teenagers had performed the vandalism six times before they were caught.

The functional forces said they will handle the students according to regulations.