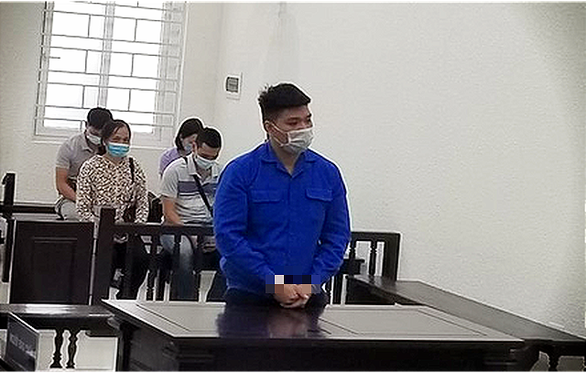 A Hanoi court has sentenced a former police lieutenant to two years and a half in prison for unintentionally shooting dead a 21-year-old student.

The People’s Court of Hanoi on Monday morning condemned 30-year-old Nguyen Xuan Tinh, an ex-police lieutenant, to 30 months’ imprisonment on charges of manslaughter.

On October 10, 2020, Tinh asked one of his acquaintances to buy him an airgun for bird shooting, according to case files.

Twenty days later, Tinh and his five friends were sitting at a café in Hanoi’s Dong Da District when he boasted that he had purchased a beautiful airgun.

Tinh went home to get the gun before returning to the café and showing it to his friends.

He later aimed the gun at the wall edge nearly 30 meters from his place and fired a shot as a gun test.

The bullet reached N.D.A., a senior student at the University of Transport, who was sitting on the veranda next to that wall.

The student fell to the ground and was taken to hospital but he died on the way due to severe blood loss.

After the deadly gun test, Tinh handed himself to the district police and confessed his crime to them.

At the court, Tinh told the court that the shooting that killed the student was just a careless incident, for he and the victim had no conflict.

“I remembered that I had locked the gun’s trigger, but when I touched it slightly, the bullet was shot out,” Tinh claimed.

The ex-police officer added that the student was hidden behind three or four bonsai pots, so he could not see the victim.

The mother of the student told the court that she had received VND400 million (US$17,300) from Tinh and did not claim more compensation.

She just asked the court to handle the case according to the law.

After taking everything into account, the court handed down the 30-month sentence to Tinh.