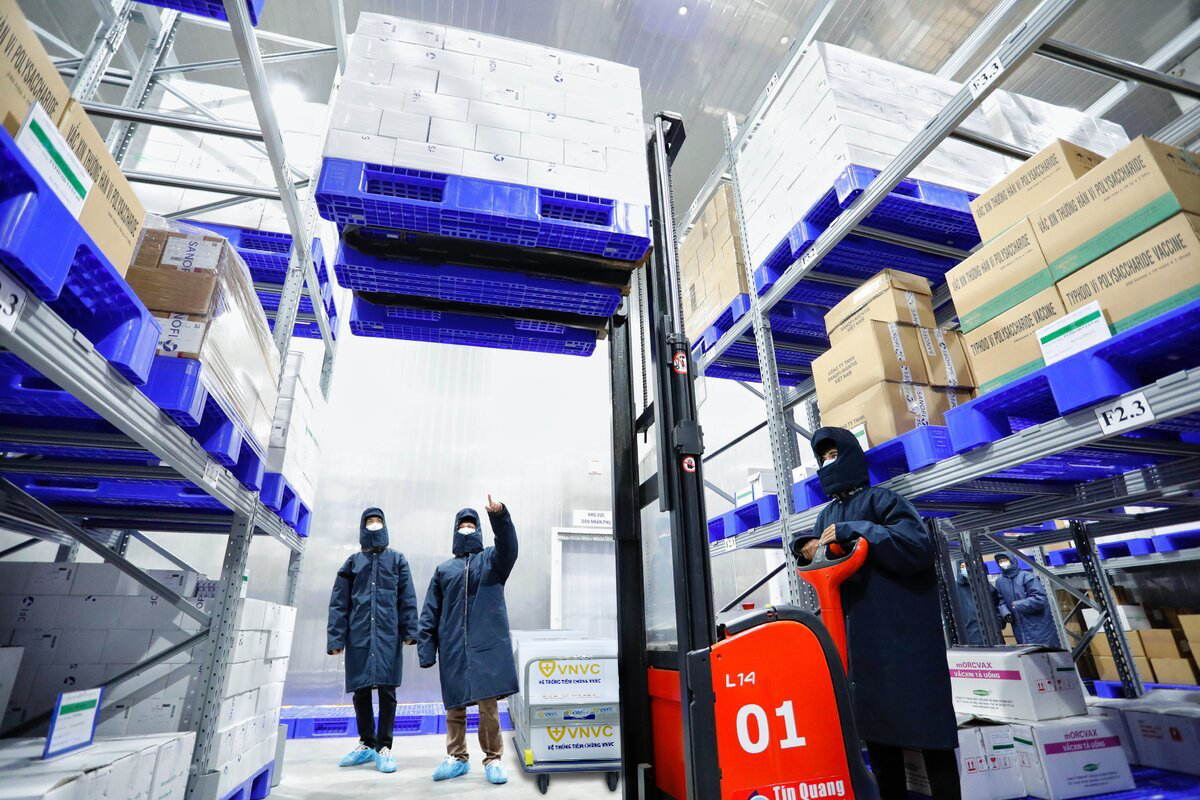 A shipment of 921,400 AstraZeneca COVID-19 vaccine shots, a portion of a 30-million-dose order, has arrived in Ho Chi Minh City.

This is part of the 30 million doses that Vietnam Vaccine JSC (VNVC) has purchased from AstraZeneca with the assistance from the Ministry of Health.

According to Ngo Chi Dung, chairman and general director of VNVC, the 921,400 doses will be handed over to the health ministry so that they can be administered to local residents, particularly citizens in virus-hit areas.

Vietnam has so far received more than nine million COVID-19 vaccine shots, including about 6.5 million doses of AstraZeneca via the COVAX scheme, purchase, and donations from Japan; 2,000 doses of Sputnik V donated by the Russian government; 500,000 doses of Vero-Cell by Sinopharm gifted by the Chinese government; 97,000 doses of Pfizer/BioNTech through direct purchase; and two million jabs of Moderna donated by the U.S. via COVAX.

A total of 4,146,767 doses have been administered since the country rolled out inoculation on March 8, with 286,772 having completed the two-dose regimen.

Vietnam had documented 38,239 COVID-19 cases as of Thursday morning, with 9,624 recoveries and 138 deaths, according to the Ministry of Health statistics.

The country has recorded 34,710 local infections in 58 provinces and cities since the fourth outbreak began on April 27.