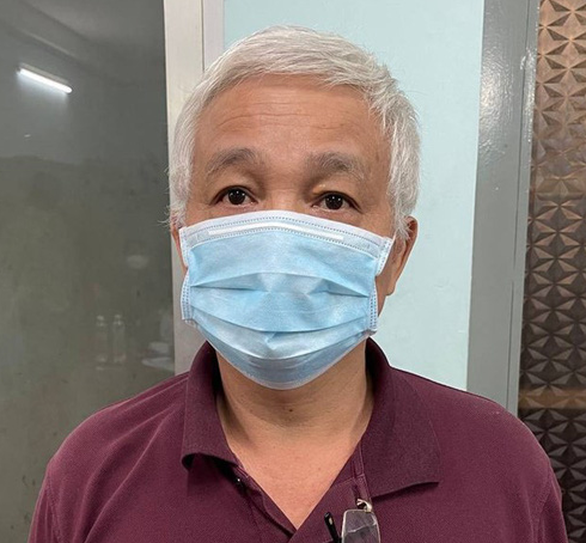 Police in Ho Chi Minh City have arrested and charged a local man for posting fake and misleading information claiming a connection between COVID-19 control measures and a photo of a man setting himself on fire.

Binh Thanh District police officers on Wednesday announced that they had detained a 60-year-old man on charges of “abusing democratic freedoms to infringe upon the interests of the State, lawful rights, and interests of organizations and/or citizens,” as prescribed in Article 331 of the Vietnamese Penal Code.

The man, Phan Huu Diep Anh, will be temporarily jailed for two months pending prosecution for his offense, police said.

On Monday, the man posted a photo on Facebook of a middle-aged individual burning himself on road No. 2 in Truong Tho Ward, Thu Duc City under Ho Chi Minh City.

Captions posted alongside the image claimed Ho Chi Minh City’s regulations regarding COVID-19 prevention and control were the reason for the man in the photo deciding to torch himself.

Anh also posted a comment that read, “An inhabitant under resentfulness has felt constrained… has burnt himself.”

After identifying Anh as the man behind the post, police summoned him for an interrogation, during which he pleaded guilty.

In reality, the man who burned himself is a 46-year-old local resident who was diagnosed with mental and neurological disorders, according to his family.

The fire he set to himself was stamped down with the help of a funeral procession that happened to be traveling down the road.

The man was then taken to Cho Ray Hospital for emergency treatment, said local authorities.

During their investigation into the case, police found that Anh had registered a Facebook account under the name Phan Anh Huu in May 2021, which he used to share posts and images opposing the Party and the government.

Local police reminded people not to share or comment on any unverified information found on social media.

Strict social distancing rules are being enforced in Ho Chi Minh City, which has logged 48,863 coronavirus cases since April 27, when the fourth and worst wave first hit Vietnam.