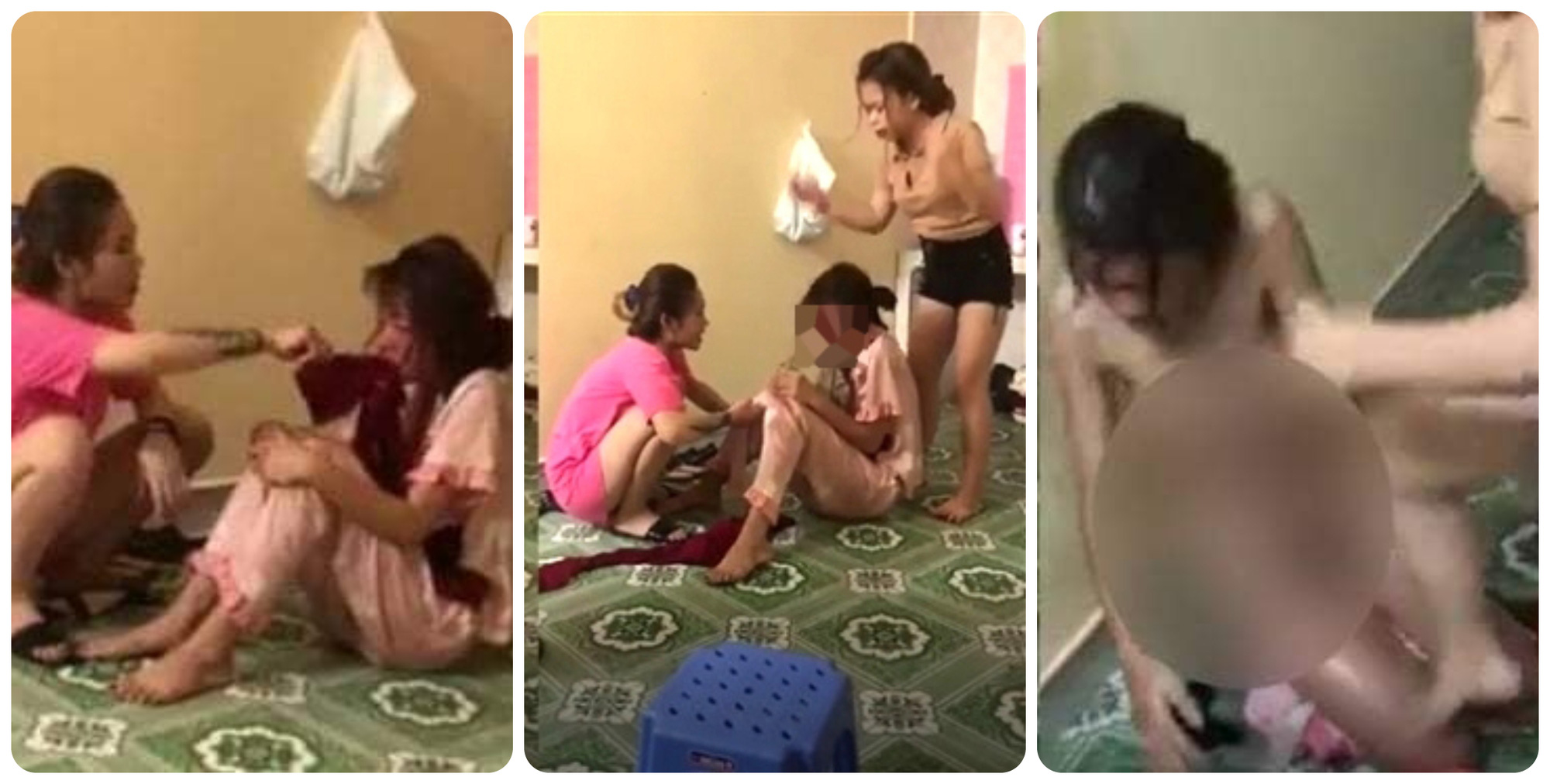 Police in northern Vietnam are investigating a case where a group of three girls hit and insulted another girl while another boy and girl filmed the entire incident at a rented room last week.

The victim, V.T.H.T., a 15-year-old girl from north-central Thanh Hoa Province, reported her case to police on Saturday and was taken to Hung Ha General Hospital in Hung Ha District, Thai Binh Province for examination and treatment.

At the police station, Thu H. and Mai H. said that they started renting one of 34-year-old local Dinh Thi Thanh’s rooms on July 16.

They forced T. to suck on a towel, took off all of her clothes, and poured laundry detergent onto her body.

The three girls asked L. and Tran Ngoc N., 16, living in the same district, to record the torture with their smartphones.

After that, the group of five went out and locked T. inside the room.

Fearing that she would be beaten again, T. climbed through the window ventilator of the room to escape.

When the group of five returned to the room at around 10:00 pm on the same day and could not find T., Thu H. and Th. used their smartphones to upload the torture video on Facebook and shared with a number of friends.

Local police have expeditiously investigated the incident to handle it according to regulations.

Meanwhile, the victim will be transferred to a centralized quarantine facility in Hung Ha District as per the province’s COVID-19 prevention regulations for arrivals from other localities, according to Bui Van Huan, deputy director of the Department of Labor, War Invalids, and Social Affairs of Thai Binh Province.