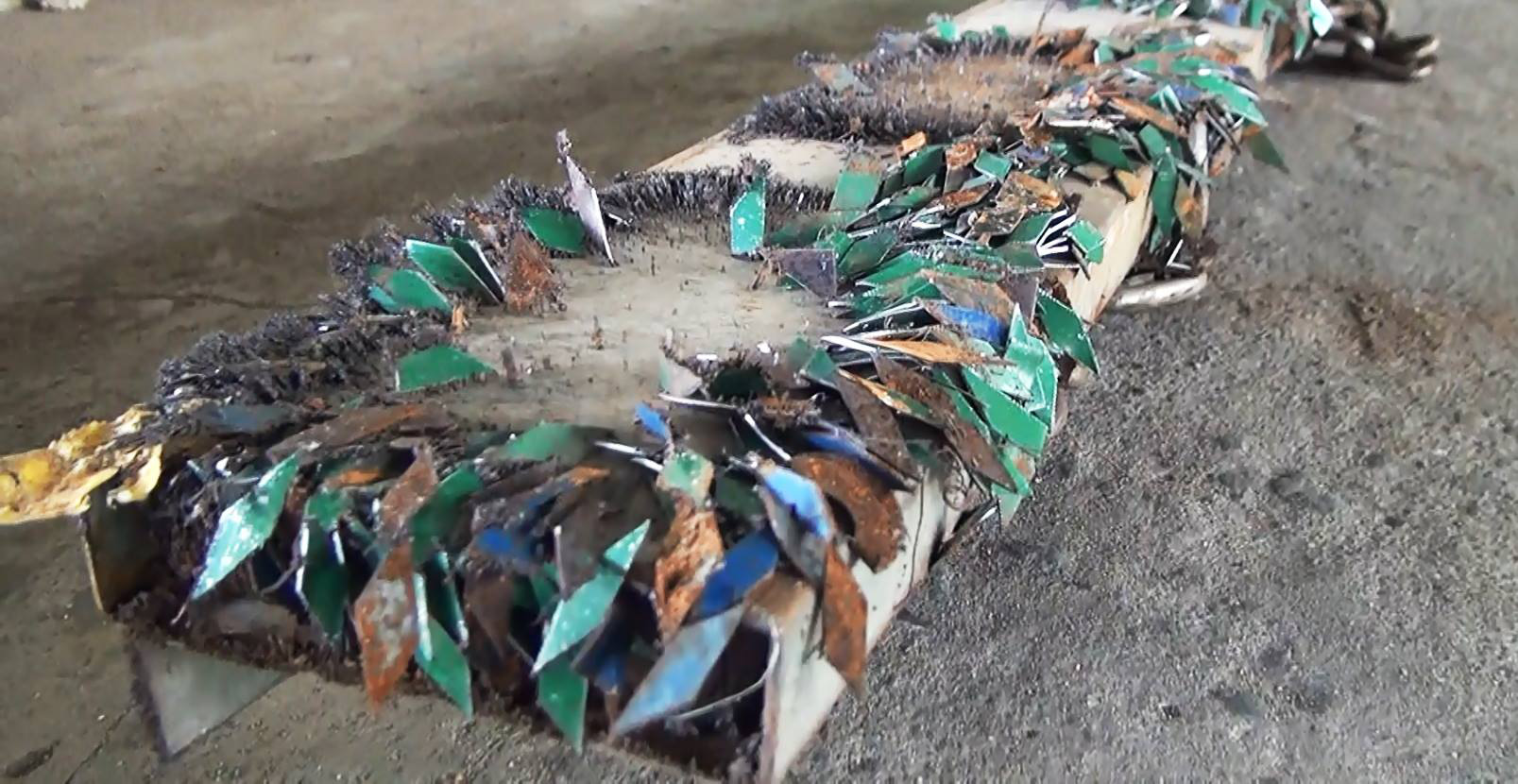 A large number of tire-puncturing nails have been detected along many routes in Ho Chi Minh City despite the ongoing COVID-19 pandemic.

The objects have been discovered across Binh Tan District over the past days, according to Infrastructure Development Investment JSC (IDICO).

To ensure safety for commuters, IDICO has been using specialized carts equipped with magnets to collect the tire-puncturing nails.

On Sunday, a team of IDICO employees found nearly one kilogram of nails within only 100 meters along an overpass on Provincial Highway No. 10 in Tan Tao Ward.

The objects are made from metal with rhombus shapes and sharp edges.

Those who spread the sharp objects on the roads may be targeting people leaving the city for Mekong Delta provinces due to the COVID-19 pandemic, the representative added.

According to an official from the Tan Tao Ward People’s Committee, local vehicle repair shops have been required to shut down in accordance with pandemic prevention and control regulations.

The administration has charged police officers with inspecting such venues.

If they are found operating against the ban, suitable penalties will be imposed, the official stated.