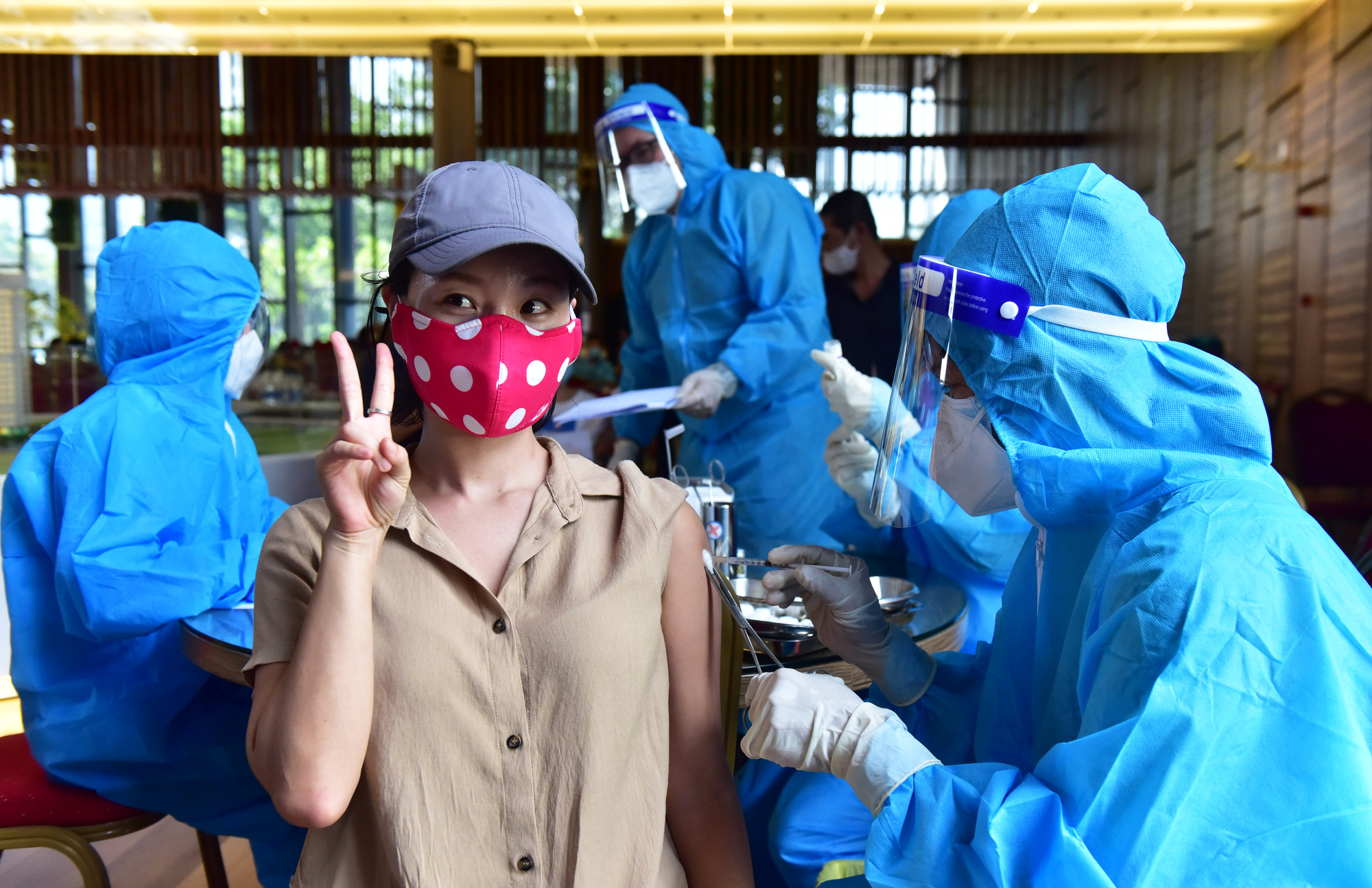 Many expatriates in District 7, Ho Chi Minh City have expressed appreciation to the Vietnamese government after receiving COVID-19 vaccine jabs on Thursday afternoon.

According to the plan, authorities in District 7 will vaccinate 18,000 foreigners of 106 different nationalities living and working in the locality in the sixth phase of the city’s vaccination program.

The vaccines used for the injection were either AstraZeneca or Moderna, depending on the health status of the recipient in accordance with doctors’ prescription.

“I feel relieved to have been vaccinated with the Moderna vaccine, which has fewer side effects in older people,” said Cho Eui Kwon, a 67-year-old South Korean man who received his vaccine shot at the Korean International School Ho Chi Minh City in Tan Phu Ward on Thursday.

According to Cho, he had previously been worried about no information on when he would be inoculated and what the procedure is.

“I’m very grateful to the government of Vietnam for taking care of us, your country is so thoughtful,” Cho added.

“Many people thought that foreigners living in Vietnam would not get the same good medical care as locals, but now I am really happy,” said Lee St, a South Korean man who was among vaccine recipients at Phu My Hung Sale Gallery in Tan Phu Ward on the same afternoon.

“I thank you, thank you for everything,” Lee added.

Not only the vaccinated foreigners, but their family members also appreciated the inoculation drive.

“It’s really kind that the government cares about both Vietnamese people and foreigners,” said Trinh Kim Nguyen, a Vietnamese woman who accompanied her British husband, Robert, to a vaccination site in Tan Phong Ward.

Nguyen had previously been worried that she would transmit the virus to her husband after every outdoor trip as only she and her mother were vaccinated while the man was not.

District 7 Party Secretary Vo Khac Thai stated that the local authorities consider vaccinating foreigners in the city against COVID-19 as a necessary task.

About 84,300 residents in District 7 have been vaccinated against COVID-19, according to Thai.

According to Tran Quang Quynh and Nguyen Thi Kim Thanh, chairman and chairwoman of Tan Phu and Tan Phong Wards, respectively, the vaccination implementation in the two wards with the most foreigners living and working in District 7 has faced little to no problems.

As foreigners often live in apartments, the management boards of their apartment buildings will provide them with information about the vaccination drive.

Vietnam has administered more than eight million doses to its people, with over 820,000 citizens fully inoculated.