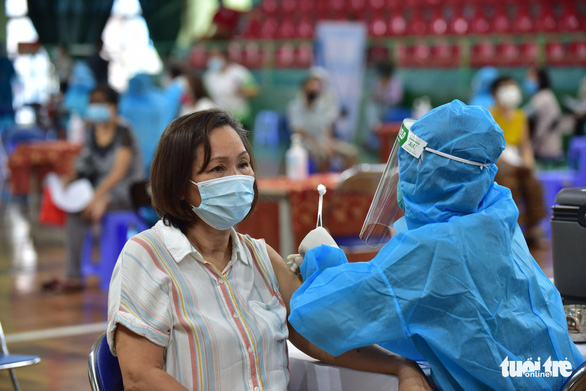 The Ministry of Health recorded almost 8,400 domestic COVID-19 infections in Vietnam on Tuesday, alongside more than 4,400 recoveries and nearly 390 fatalities.

Thirty-nine provinces and cities reported 8,385 domestic cases, down by 938 patients from Monday, while five separate infections were imported from abroad, the health ministry said.

A total of 1,115 transmissions were found in the community whereas the remainder were detected in isolated areas or centralized quarantine facilities.

Since the fourth COVID-19 wave began in Vietnam on April 27, the country has documented 224,198 community transmissions in 62 out of its 63 provinces and cities.

The ministry announced 4,428 recoveries on Tuesday, taking the total to 80,348 recovered patients.

The death toll has increased to 4,145 after the health ministry reported 388 fatalities the same day, including 308 registered in Ho Chi Minh City.

The Southeast Asian country has detected an accumulation of 225,768 domestic and 2,367 imported cases since the COVID-19 pandemic first hit it on January 23, 2020.

Vietnam has received 18,122,000 doses of various vaccines from different sources as yet, the national vaccination task force said.

Nearly 10 million COVID-19 vaccine shots have been administered in Vietnam since the country rolled out vaccination on March 8, with over one million people having been fully vaccinated.