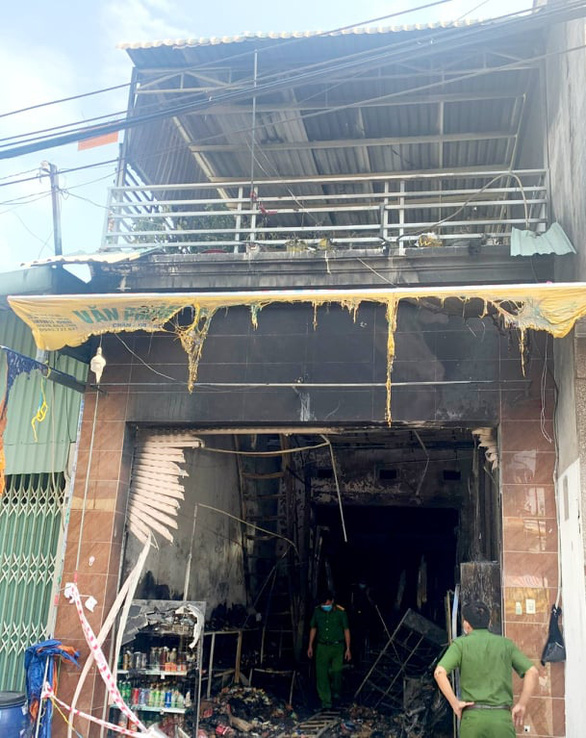 A blaze suddenly broke out at a grocery shop in Binh Duong Province, located in southern Vietnam, on Wednesday night, killing a family of four people and one relative of theirs, local sources reported.

The tragic accident occurred at a house in the province’s Di An City at around 10:20 pm, leaving three people dead on the spot while two others died later at hospital.

Covering around 120 square meters, the house doubled as both a residence and a grocery shop that contained numerous flammable commodities, which made the fire spread rapidly.

Five vehicles and more than 20 firefighters were called to the scene and they managed to stamp out the blaze quickly.

Rescuers brought all the five victims out of the flames, but the 44-year-old house owner, L.D.A., his wife, 43, and their niece, 20, died on the spot.

The couple’s son and daughter, aged 15 and 18 respectively, were taken to hospital immediately but could not make it later due to their severe conditions.

All the five victims died from smoke inhalation, according to authorities' initial conclusions.

Local police are investigating the cause of the fire as well as the property damage caused by the incident.