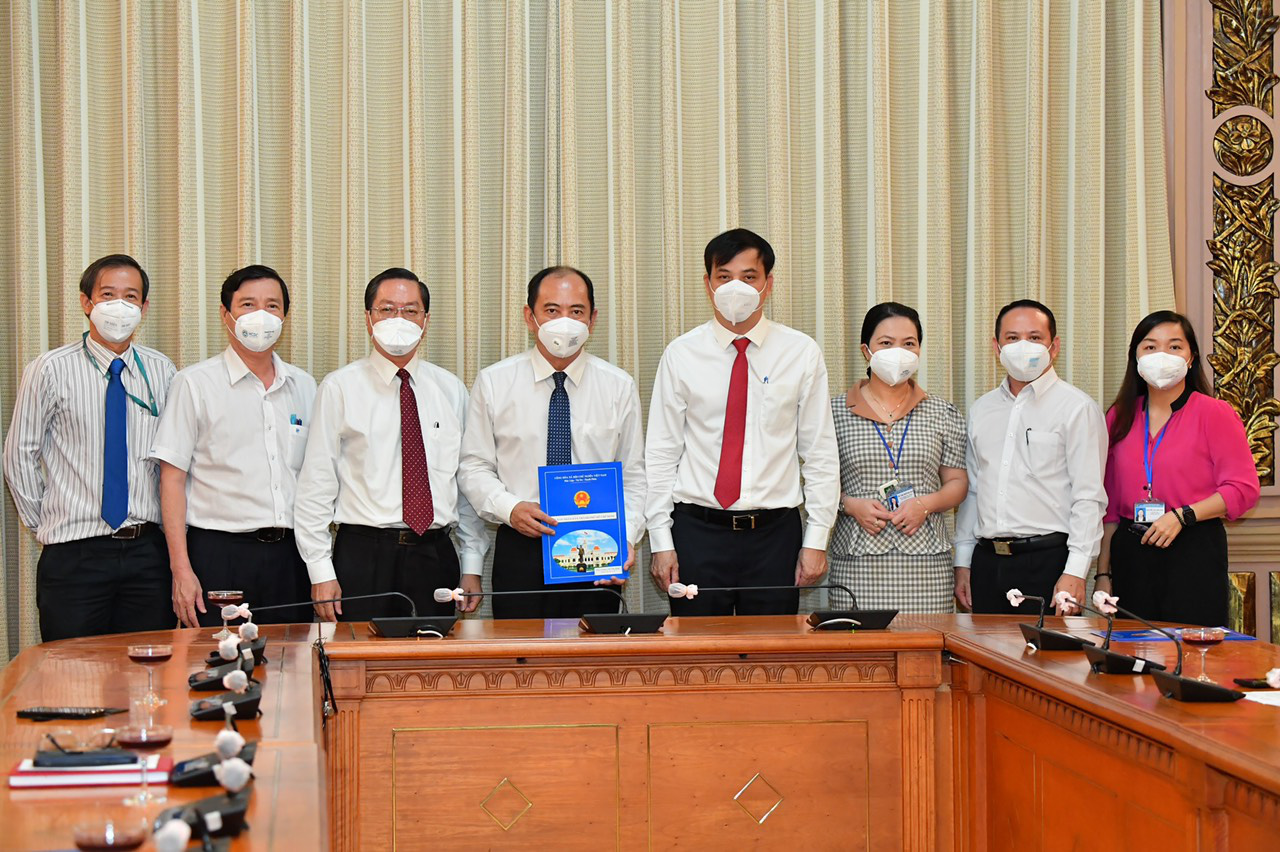 The appointment decision was handed to Thuong by vice-chairman of the municipal People’s Committee Le Hoa Binh on Wednesday.

Thuong will replace Nguyen Tan Binh, who will retire on September 1. Binh had assumed the position since June 2012.

During his speech, Thuong promised to fulfill all of his missions, especially during the serious COVID-19 pandemic.

Born in 1967 in the Mekong Delta province of Tra Vinh, Thuong had been deputy director of the Ho Chi Minh City Department of Health since August 2013.

He had spent nearly 20 years working at Children’s Hospital 1 in District 10 as doctor, head of department, deputy director, and director.

On the same day, Nguyen Van Vinh Chau, director of the Ho Chi Minh City Hospital for Tropical Diseases, was appointed as deputy director of the municipal health department.

Chau’s office term of five years will begin on September 1.

Aside from Chau, the city’s Department of Health has two other deputy directors, namely Nguyen Hoai Nam and Nguyen Huu Hung.

Ho Chi Minh City is currently the largest COVID-19 epicenter in Vietnam, with 190,166 local infections recorded since the fourth wave broke out on April 27.