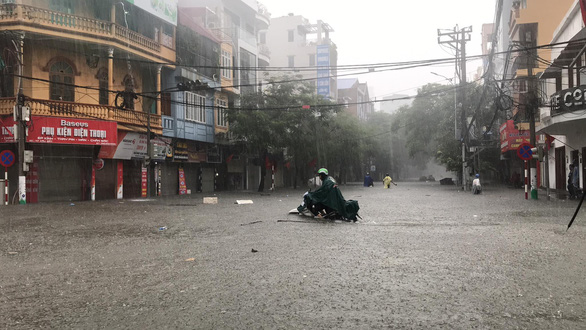 Heavy downpours that lasted several hours early on Thursday inundated a number of major streets in Hai Phong, a city in northern Vietnam, and hindered the commutes of local residents.

The downpour was deemed the heaviest that Hai Phong has seen this year.

It started raining at around 3:00 am on Thursday and soon flooded such major streets as Hong Bang, Le Chan, Ngo Quyen, and Kien An with as much as one meter of water.

On the same morning, the Hai Phong Sewerage and Drainage Company mobilized 200 staffers to open the manhole covers to drain the floodwaters in downtown areas.

However, as of 9:00 am, many streets were still under water, causing delays and vehicle breakdowns.