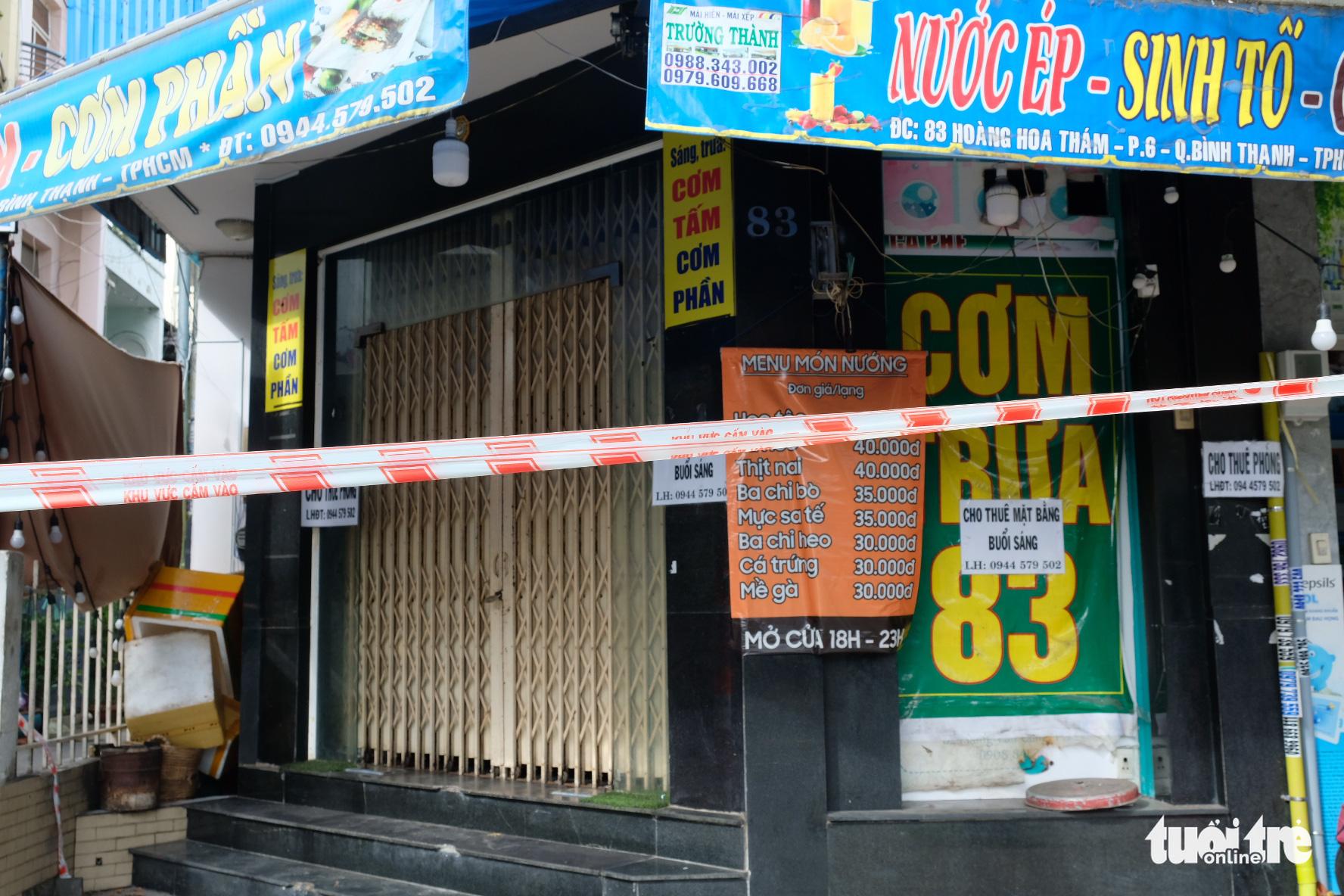 Many eateries in Ho Chi Minh City remained closed on Thursday morning even though authorities have allowed the resumption of takeaway service, with sellers expressing concern over multiple difficulties triggered by pandemic prevention regulations.

The municipal administration announced on Tuesday that local diners would be permitted to offer takeout from 6:00 am to 6:00 pm daily, starting Wednesday, after a two-month suspension over COVID-19.

However, many venues were still closed on Thursday morning, according to the observation of Tuoi Tre (Youth) newspaper reporters.

Le Hieu Ngoc, who sells pho in Binh Thanh District, said she could not reopen as she was unable to buy the necessary ingredients.

“I usually purchased the pho noodles from a facility in Thu Duc City, but they currently cannot deliver their products to other districts,” Ngoc explained, referring to the travel curbs officials enforced to stall coronavirus spread.

The woman also mentioned the rising cost of ingredients and delivery service, which would have cut deeply into her earnings.

In order for an eatery to resume operation, all staff members have to work and stay at the venue, be inoculated with at least one dose of COVID-19 vaccine, and given rapid tests regularly.

“My previous employees said they could not meet these requirements,” the vendor explained.

Nguyen Minh Hoang, who sells broken rice dishes, said she might need a week to prepare for the reopening, while a lot of problems also need to be addressed.

Hoang stated she is not allowed to buy ingredients at local wholesale markets, adding products available on e-commerce platforms are much more expensive.

“My customers are mainly blue-collar workers, most of whom have already returned to their hometowns,” the seller continued.

“Delivery service currently costs about VND30,000 [US$1.32] per order, which may be even more expensive than the dish itself.

"This will scare away a lot of customers.”

Many app-based delivery workers stated that they had yet to receive any takeaway orders on Thursday.

“The high delivery fee is understandable as we usually face a lot of challenges due to countless checkpoints and barricades along local streets,” a deliverer elaborated.

At a chicken noodle soup shop in Binh Thanh District, which was among a few eateries that were open, the owner said it took an hour for a delivery worker to accept one order.

He doubted such an operation would last long as the number of buyers is low, while the cost of operation is quite high.

Meanwhile, the owner of a banh mi shop in Thu Duc City said he did not receive any order via such apps as Grab and ShopeeFood on the same morning.

Ho Chi Minh City is the hardest-hit locality during the fourth wave, with nearly 280,000 local infections recorded since April 27.

The city has implemented social distancing measures at various levels since May 31 and had banned takeaway service since July 9.