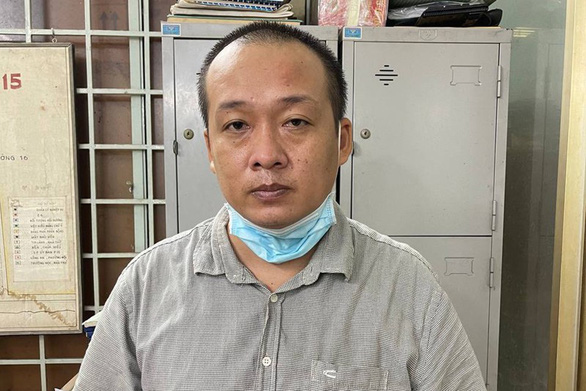 Police of Ho Chi Minh City on Thursday arrested a man in District 4 over allegations of printing and trafficking fake paperwork that helped users pass movement monitoring at COVID-19 checkpoints.

The suspect was identified to be Tang Minh Hieu, 36, who was caught red-handed selling forged travel passes on Ton Duc Thang Street in District 4 on Friday.

Officers also found 664 pieces of evidence of Hieu’s forging activities in his computer and USB drive.

Hieu later admitted that he advertised his service on Facebook, offering fake paperwork that helped people get through scrutiny at COVID-19 checkpoints during the ongoing social distancing bout in Ho Chi Minh City.

Under the current social distancing rules, only individuals on essential duties, such as frontline workers and hospital volunteers, are allowed to travel in the city.

After receiving orders, he used printers and blanks sourced from the Internet to forge travel passes.

In the past four months, he has sold 24 pieces of forged paperwork, including ID cards for hospital volunteers, citizen IDs, driver's licenses, and passports at the price of VND300,000 (US$13) each to a 38-year-old man named Phi Chi Luong.

Police of District 4 are continuing the investigation.