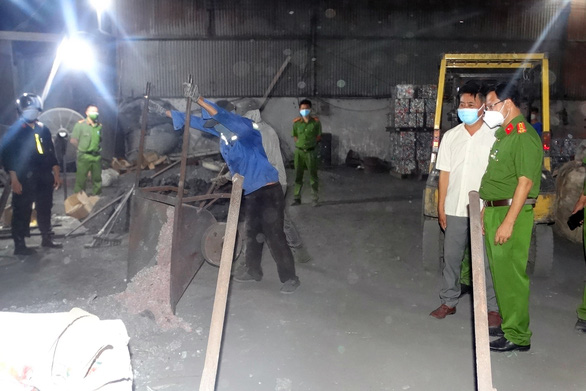 Police in Dong Nai Province said on Tuesday that they were working on paperwork to handle a steel company for discharging untreated wastewater into the environment and disposing of solid waste at the wrong place, causing environmental pollution.

Police officers in the southern Vietnamese province's Xuan Loc District caught Thuan Phat Steel Export-Import JSC in the act of releasing the waste, which was discharged by burning beverage cans in three furnaces to turn out aluminum, into a lake on the company’s premises at around 6:30 pm on October 22.

In addition, the firm was found dumping iron and steel scrap at a prohibited place.