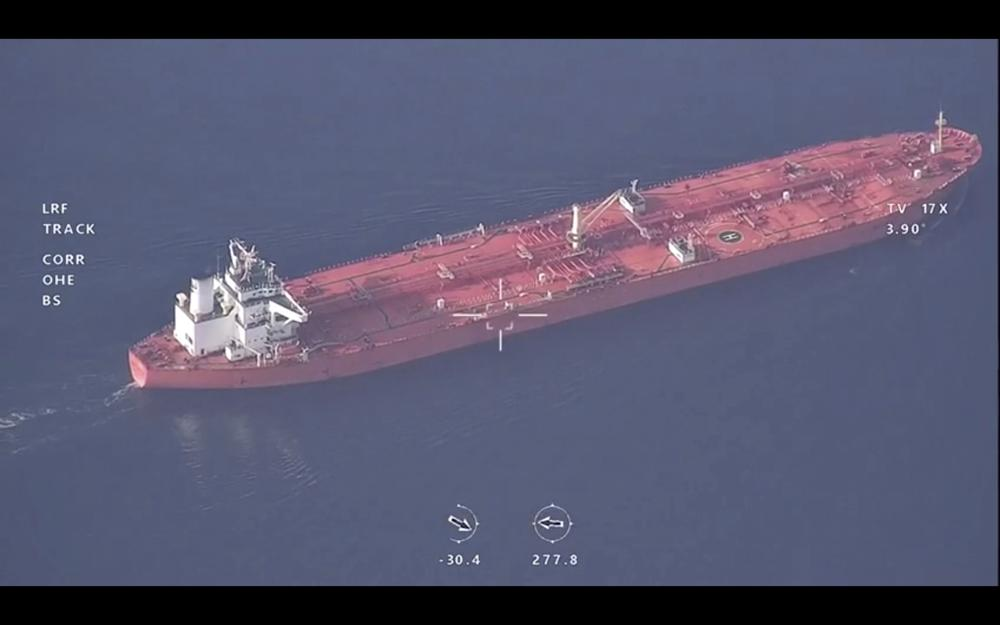 Authorities in Iran have released a Vietnamese-flagged oil tanker and its 26 crew members after seizing the ship off the Iranian coast in late October.

Oil tanker SOTHYS was freed under judicial orders on Tuesday after the oil stored on the ship was unloaded, according to Iranian state media.

Satellite images and an automatic identification system (AIS) signal showed that the vessel left Iran’ Bandar Abbas City and entered the Gulf of Oman on Wednesday.

On November 3, Iranian media reported that the naval force under Iran's Islamic Revolutionary Guard Corps had intervened and prevented a U.S. warship from seizing the Vietnamese-flagged ship, which was said to be carrying Iranian oil in the Sea of Oman.

Iran accused the U.S. vessel of plotting to steal Iranian oil, adding that the arrival of the naval force had foiled the scheme.

In a statement released on the same day, the U.S. Department of Defense denied the allegations, stating that Iranian forces had actually seized the oil tanker, and U.S. naval forces were merely monitoring the situation.

On November 4, Pham Thu Hang, deputy spokesperson of the Ministry of Foreign Affairs, stated that Vietnam was in talks with Iranian authorities over the seizure of the oil tanker.

Hang said the captain of the ship had confirmed to the Embassy of Vietnam in Iran that all 26 crew members had been treated well and were in good health.

“The Ministry of Foreign Affairs has contacted the Ministry of Transport to verify the identity of the crew members and the company which owns the ship to ensure the interests of those aboard,” she added.

Oil tanker SOTHYS is 245 meters long, 42 meters wide, and is designed to carry crude oil, according to FleetMon.