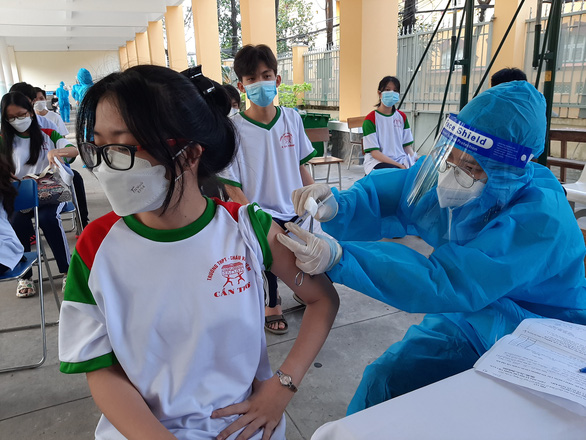 The latest infections, including 22 imported and 10,299 local cases, were logged in 58 provinces and cities, the ministry said, noting that 5,647 patients were infected in the community.

The country has confirmed 1,099,710 community transmissions in all its 63 provinces and cities since the fourth virus wave flared up on April 27. A total of 907,459 of them have recovered from COVID-19.

Vietnam reported only 1,570 locally-transmitted infections in total in the previous three waves.

The health ministry documented 4,776 recovered patients on Monday, taking the total to 907,459.

The toll has risen to 23,951 fatalities after the ministry confirmed 190 deaths on the same day, including 109 in Ho Chi Minh City, 20 in An Giang Province, eight in Long An Province, and the remaining in 18 other provinces and cities.

Health workers have administered close to 109 million vaccine doses, including 1,124,596 jabs on Sunday, since vaccination was rolled out nationwide on March 8.