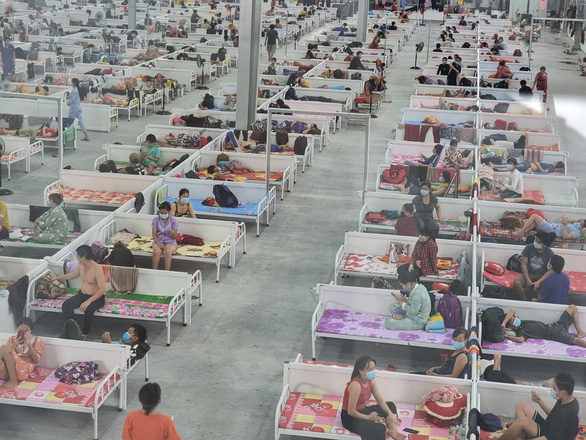 The Department of Health of Binh Duong Province in southern Vietnam has sought the Ministry of Health’s recognition for 28,000 extra coronavirus infections, increasing the total number of cases in the province by more than 10 percent in just one day, according to a source.

Binh Duong’s tally stood at 245,321 infections as of Monday.

Once recorded by the Ministry of Health, the additional 28,000 cases of Binh Duong will be announced in the daily update on Tuesday evening.

Those 28,000 infections were detected from July 10 to November 3 during the four peak months of the latest COVID-19 wave in the southern region, according to Nguyen Hong Chuong, director of the Binh Duong Department of Health.

The cases had had real-time RT-PCR test results confirm their infections but had not been assigned a patient number for various reasons, including an overload and late updates from local medical facilities, Chuong said.

Chuong affirmed it was not the case that Binh Duong had hidden the large number of infections from the public.

As the fourth virus wave has subsided, the provincial authorities have actively reviewed them and proposed that the Ministry of Health document the additional 28,000 cases, he said, thereby to accurately keep track of the number of transmissions in the province and ensure the interests of COVID-19 patients.

All of the said 28,000 extra cases have recovered and have received certificates proving their recovery.

With more than 245,000 local infections, Binh Duong has been the second-largest epicenter in Vietnam after Ho Chi Minh City since the fourth wave started on April 27.

As of Monday, the southern province with a population of over 2.4 million had administered more than 4.1 million vaccine doses, according to the national COVID-19 vaccination portal.

Vietnam has found 1,104,835 infections since the COVID-19 pandemic first hit it early last year, including 1,099,710 community transmissions in all of its 63 provinces and cities since the fourth wave flared up.

Almost 42 million people of the 98-million population in the Southeast Asian country have been fully inoculated against the coronavirus, according to the national COVID-19 vaccination portal.