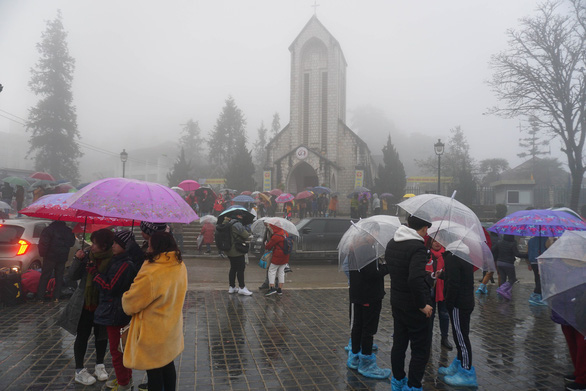 A new cold spell is forecast to result in showers and low temperatures in northern Vietnamese provinces starting Wednesday night.

The National Center for Hydro-meteorological Forecasting reported on Wednesday morning that an enhanced cold front was moving toward northern Vietnam.

The cold snap is expected to first influence the weather conditions in northern localities before expanding its effect to the north-central and central regions.

Temperatures in the northern region will drop to 13-16 degrees Celsius on Thursday.

In mountainous areas, mercury may fall below 10 degrees Celsius.

In Hanoi, the average lows will be between 14 and 16 degrees Celsius.

Meanwhile, the localities between Thanh Hoa and Thua Thien-Hue will record the lowest temperature of around 16-18 degrees Celsius.

In the southern and Central Highlands regions, it will remain sunny during the day while occasional showers will occur in the evening from December 8 to 17.