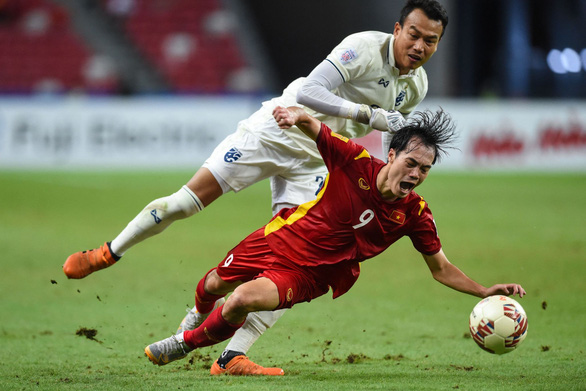 -- State President Nguyen Xuan Phuc received the ambassadors of Mongolia, Nigeria, Timor-Leste, and Algeria who came to present their credentials in Hanoi on Thursday, according to the Vietnam News Agency.

--Vietnam's government issued a fiat on Thursday, demanding that health workers finish administering the third doses of COVID-19 vaccine to the eligible adult popupation in the first quarter of next year.

-- Ho Chi Minh City will not hold fireworks displays to usher in New Year, Pham Duc Hai, deputy chief of the municipal Steering Committee for COVID-19 Prevention and Control, said at a press meeting on Thursday.

-- The Vietnam National Space Center has yet to find signals from its NanoDragon satellite launched into orbit from Japan on November 9, Dr. Le Xuan Huy, deputy director of center, told Tuoi Tre (Youth) newspaper on Thursday.

-- Vietnam’s export of animal feed and materials generated revenue of US$1.049 billion from early this year to mid-December, exceeding the $1 billion mark for the first time, the Vietnam News Agency quoted the General Department of Vietnam Customs.

-- Vietnamese acrobat duo the Giang Brothers broke a world record on Thursday by head-to-head climbing 100 steps in 53 seconds in Spain.

-- Vietnam lost 0-2 to Thailand in their first-leg semifinal at the AFF Suzuki Cup 2020 in Singapore on Thursday night. They will stage a rematch on December 26.

-- "The U.S. on Thursday authorized Merck & Co's antiviral pill for COVID-19 for certain high-risk adult patients, a day after giving a broader go-ahead to a similar but more effective treatment from Pfizer Inc.," Reuters reported.

-- "Japan is likely to shelve plans to send government officials to the 2022 Olympic Winter Games in Beijing and will make an announcement as early as Friday," Reuters cited public broadcaster NHK as saying.