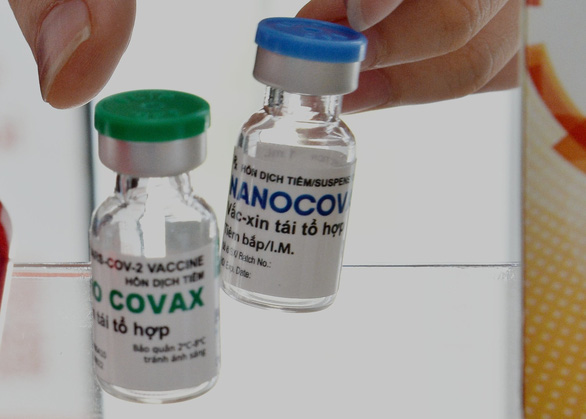 The National Ethics Committee in Biomedical Research under Vietnam’s Ministry of Health has concluded that the county’s homegrown COVID-19 vaccine candidate Nano Covax has met World Health Organization (WHO) standards in terms of efficacy.

The committee convened on Wednesday the third meeting to assess the efficacy of Nano Covax COVID-19 vaccine, developed by Ho Chi Minh City-based Nanogen Pharmaceutical Biotechnology JSC, based on the results of the jab’s clinical trials.

The committee’s research team reported that Nano Covax is 52.1 percent effective against symptomatic COVID-19, which meets the standards set by the WHO and U.S. Food and Drug Administration.

At the meeting, 11 out of 15 members of the national ethics committee voted in favor of this assessment.

Two of them also voted yes but required additional data, while the other two cast blank votes.

The committee previously convened two meetings with regard to Nano Covax in August and September, during which it approved the shot’s safety and immunogenicity.

A source close to Tuoi Tre (Youth) newspaper stated that the research team will send their detailed report to the Ministry of Health’s Agency of Science, Technology, and Training this weekend.

The ministry’s advisory council on licensing of drugs and medicinal ingredients is expected to convene a meeting on the vaccine candidate next week.

The Nano Covax jab was first developed in early 2020 and entered human trials on December 17 the same year.

More than 14,000 volunteers have participated in the three phases of the clinical tests.