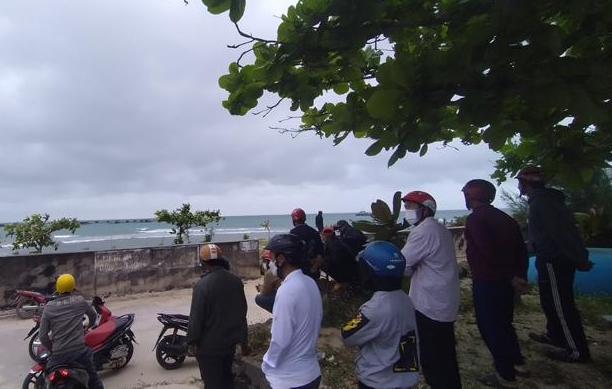 Nine fishermen who had been drifting at sea have been brought to safety after their fishing boat was sunk by strong winds and waves on the way home from Vietnam’s Hoang Sa (Paracel) archipelago.

The affected ship, numbered QNg 96237, belongs to Han Minh Trong, a 50-year-old fisherman living on the island, and was captained by Mai Van Ly, a 46-year-old local man.

While carrying its nine-member crew home from the Hoang Sa fishing grounds at around 4:15 am on Wednesday, strong currents and high winds sank the QNg 96237 fishing vessel about five nautical miles west of the island.

After dispatching two coast guard ships to the reported location of the ship in distress, the Coast Guard also called for joint rescue efforts from the nearby QNg 96093 fishing boat captained by Mai Chi Thanh, a 38-year-old resident of Ly Son Island.

As strong waves made it difficult to approach the sinking boat, it was not until 6:40 am on the same day that rescuers managed to save five of the nine fishermen, who were found drifting on two basket boats.

The two coast guard ships continued to scour the sea in the inclement weather for the remaining four fishermen.

“At 11:15 am today, we’re told that the four fishermen have been rescued,” Thanh said.

The sea area around Ly Son Island is currently being affected by strong northeasterly winds.