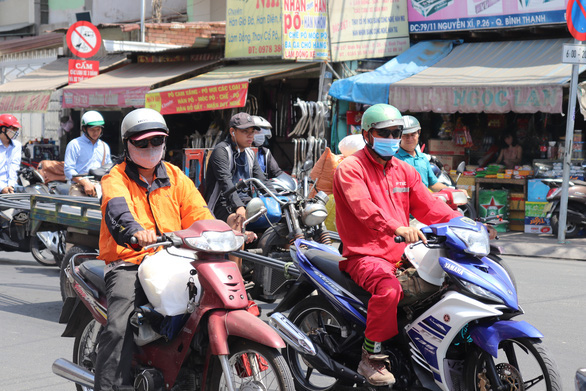 The current high ultraviolet (UV) radiation levels, which pose a risk of harm from unprotected sun exposure, will linger until next week and stay at the high-risk level in Ho Chi Minh City, the central weather agency has warned.

On Saturday, the UV index in Hanoi has been average while it has reached high levels in Quang Ninh Province’s Ha Long City and Hai Phong City in the northern region, and in the southernmost province of Ca Mau, the National Center for Hydro-Meteorological Forecasting reported.

Most of these indexes were recorded at noon, when there usually is a lot of sunlight.

From Sunday until next Tuesday, high UV levels in several cities in the northern part will keep posing a high risk of harm, while those in some cities in the central and southern regions will cause a very high risk, the center warned.

According to the World Health Organization’s Global Solar UV Index, UV levels are measured on a scale from 0 (low) to 11+ (extreme).

A UV index of six and seven is considered 'high' and eight to ten is ‘very high,’ where people’s skin may get burned in less than 25 minutes.

Meanwhile, the level of 11 and more is considered ‘extreme’ and may cause burns to fair-skinned people in less than 10 minutes.

Dr. Le Duc Tho, a dermatologist, told Tuoi Tre (Youth) newspaper UV radiation is harmful and can cause a number of skin conditions including hyperpigmentation, skin aging, sunburn, and skin cancer, as well as eye problems such as cataracts and macular degeneration.

People should apply preventive measures to reduce the impact of ultraviolet on the body, especially during the peak time from 11:00 am to 2:00 pm, doctors said.

When going out, people need to wear protective clothing, use a wide-brimmed hat to cover their face, neck and ears, and wear sunglasses to protect their eyes.

Sunscreen should also be used regularly, even on cloudy days, with special attention during the hours when UV radiation levels reach at its peaks, doctors advised.

In addition, people need to drink enough water, eat fresh fruits and vegetables, and drink mineral water or vitamin-rich fruit juice, among other healthy practices, to increase resistance and protect health, especially during the COVID-19 pandemic with its complicated developments.