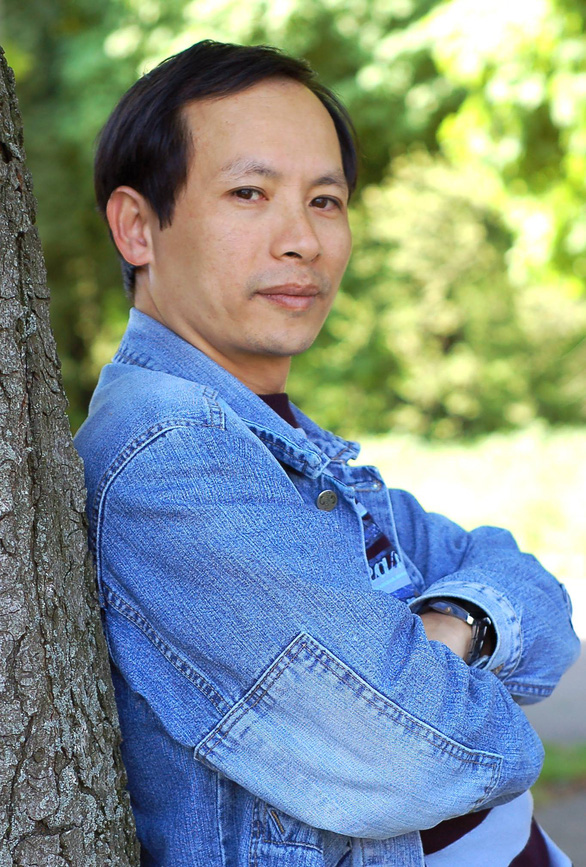 The story of a Vietnamese man in Ukraine's Lviv City

Two days after the start of Russia's special military operation in Ukraine on February 24, Nguyen Duc Huy, a 54-year-old Vietnamese engineer living in the western Ukrainian city of Lviv, began supporting his compatriots.

Huy has resided in Lviv since he was 19 and considers the Ukrainian city his second hometown, where he lived happily with his family for 35 years.

When Russia launched their military action in Ukraine, Huy temporarily stopped his work as a web designer and started to help Vietnamese people who wanted to flee to neighboring countries.

Many people, including thousands of Vietnamese, made their way to Lviv, less than 50 miles from the Polish border, hoping to escape the crisis in Ukraine.

Among the people who have asked Huy for help are his many acquaintances from social media, as well as some of his close friends. He had just met many of them in person for the first time.

Since 2014, after Russian President Vladimir Putin signed the laws to reunite Crimea and Sevastopol with Russia, which was considered an annexation by Ukraine and Western countries, many Vietnamese living in Ukraine have formed groups on social media platforms such as Facebook to share information and help each other.

Although they have had a sense of insecurity since then, Russia's beginning to attack Ukraine on February 24 came as a surprise to everyone.

According to Russia, it has launched a special military operation to ask the Ukrainian government to fulfill some important demands that ensure the national security and sovereignty of the Russian Federation.

The first condition is that Ukraine maintain a neutral status, which means that it will not become a member of any union or alliance, namely the European Union (EU) or the North Atlantic Treaty Organization (NATO), both seen as potential threats to Russia.

Other preconditions are that Ukraine recognize the independence of the two self-proclaimed People's Republics of Luhansk and Donetsk in the east of the country and accept that the Crimean peninsula is Russian territory.

The Ukrainian government does not want to follow this path, giving rise to the military attack.

The crisis has so far forced more than 2.5 million people, including thousands of Vietnamese, to flee Ukraine.

Having lived in Lviv for more than three decades, Huy knows what he must and can do to help his compatriots.

He does his best to help them find temporary housing that is safe and warm while it is still winter in Ukraine and temperatures are low.

Thanks to his help, so many Vietnamese in need have been provided with food, heat, and shelter to continue their arduous journey.

"During the first days after gunfire broke out, a lot of people came here, but in the last three days, the number has gradually decreased," said the middle-aged man.

Despite this small number, they have worked with the Vietnamese Embassy in Ukraine to aid 2,000 to 3,000 compatriots who want to evacuate to nearby countries.

They used all their resources and personal connections to help those in dire straits.

"Some of my Ukrainian friends had asked me to take care of their homes before the evacuation. I discussed with them in the last days the likelihood to lease the houses to our compatriots," Huy told Tuoi Tre (Youth) newspaper, adding that Lviv authorities also helped the Vietnamese a lot.

"In general, our Vietnamese people have prepared carefully before evacuation.

"Most of them do not want to inconvenience others.

"There are some people who are financially better off and even gave me some money to ask me to help the less fortunate."

Among the evacuees are not only people who were picked up by Huy, but also many who came to his house by themselves after he gave them the address.

Some stayed a day or two, others are still hesitant because they do not want to leave behind the fortune they have accumulated over the last twenty or thirty years to flee the conflict.

"Currently, there are at least three queues at the Polish-Ukrainian border, one for cars, one for people, and the other for privileged cases who need special help, such as children, pregnant women, and disabled people," Huy elaborated.

"There are 10 gates at the border with Poland, if you can go through the more gates, you will be let through faster."

Huy always spends a lot of time 'following up' on the compatriots he has helped, sending them messages, or calling them to find out if they are stable after crossing the border into Polish territory.

After saying goodbye to them, he quietly cleans up the houses and restores them to their original condition before returning them to their owners. Sometimes he used his own money to solve some problems.

"In such a situation, I did my best to help my compatriots," he laughed when asked about problems he encountered while helping others in recent times.

Like other Vietnamese living in Lviv, Huy strived to help others even though his family has met with so many obstacles.

Due to the military confrontation, Huy cannot continue his work as a web designer.

His family now has to live on their savings as prices for energy and other daily necessities are rising.

Ukraine is still experiencing winter, and although temperatures outside can drop to 2-3 degrees Celsius, the family must save up every source of energy to survive for an unpredictable period of time.

Even though the battlefield in Lviv is not too hot at the moment, there is a shortage of some essentials such as meat, vegetables, and rice.

As a domestic person, Huy does not care much about the temporary dearth.

"I would like to thank the many Vietnamese living in neighboring countries such as Poland, Slovakia, and Romania for their great kindness," he said.

"It is so sympathetic of them to help their countrymen in need since the first days of the war.

"Especially in tricky situations like this, the love and kindness of our compatriots are invaluable."

Why did they decide not to evacuate?

Huy said he had received some offers of help from his friends living in other countries, but his family had decided to stay.

He cited two reasons for this crucial decision.

First, Duc Huy's mother-in-law, who is 80 years old, does not want to leave the country at the moment.

Second, his daughter, a young woman whose sweetheart is taking part in the self-defense unit of Lviv, does not want to live far away from her boyfriend.