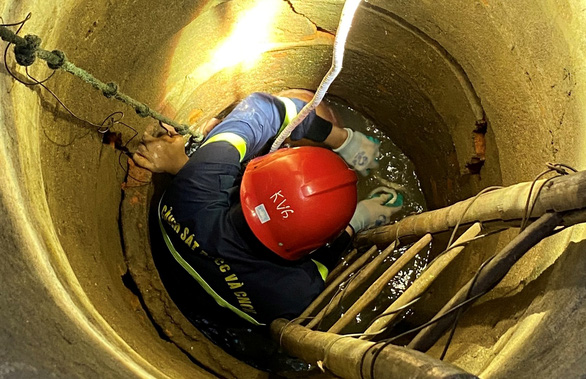 Man rescued after being trapped for hours in well in Vietnam

Rescue forces in Vietnam safely saved a man who had spent several hours being trapped in a well on Wednesday.

The victim was taken to a hospital in Ngoc Lac District, Thanh Hoa Province for a medical examination and treatment immediately after the rescue.

At 5:10 pm on Wednesday, a team from the Fire Prevention and Fighting and Rescue Police Division under the north-central province’s Department of Public Security was notified that a man was trapped in a well in Ba Si Village, Kien Tho Commune, Ngoc Lac District.

Rescue equipment, vehicles, and ten officers were quickly dispatched to the scene.

The victim had been stuck in the well for several hours and rescue forces felt that delaying any rescue effort would result in the man’s death.

Rescuers descended into the four-meter-deep well using specialized equipment and, after 30 minutes, were able to pull that man out safely.

The victim was initially identified as a homeless man who was not a resident of the village.

Police are investigating the cause of the incident.