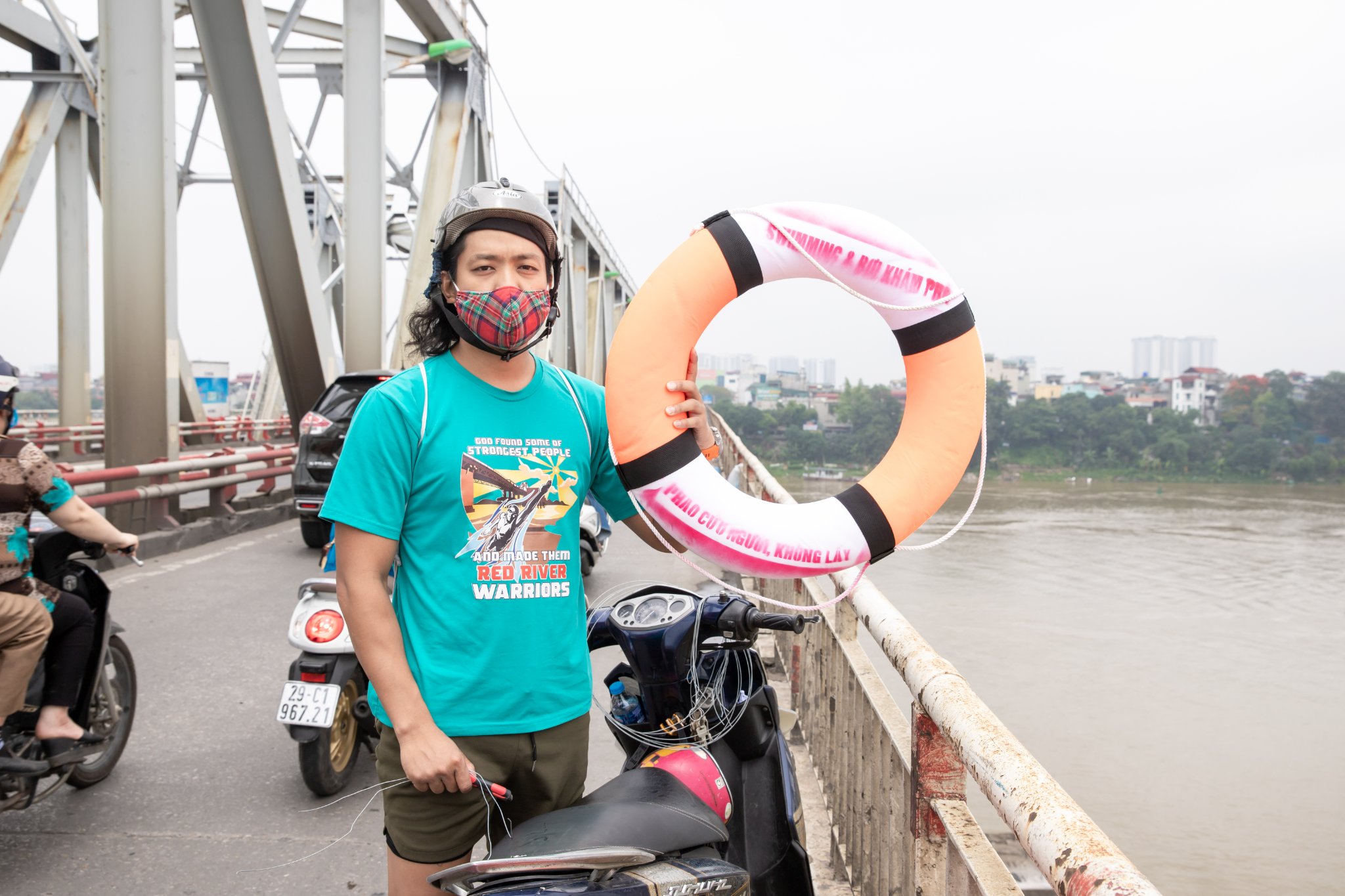 Half of the lifebuoys installed by a volunteer group on bridges across the Red River in Hanoi have disappeared just four days after their launch.

Nguyen Ngoc Khanh’s volunteer group had installed more than 100 lifebuoys on the Red-River-spanning bridges from May 6 to 15.

The team had intended to equip a total of 400 lifebuoys on those bridges in ten northern Vietnamese provinces and cities as a tool to help people on the verge of drowning and facilitate rescue efforts.

However, about 50 percent of the lifebuoys already installed on the Nhat Tan, Chuong Duong, and Vinh Tuy Bridges were nowhere to be seen as of Thursday morning as observed by Tuoi Tre (Youth) newspaper correspondents.

“We had expected this to happen, but it was faster than we thought,” said Khanh.

“We plan to install new lifebuoys next week,” the man said, adding that the team will start with the Duong and Dong Tru Bridges and replace the stolen ones on the Nhat Tan and Chuong Duong Bridges.

Khanh expects that people will think of community benefits and those in need of the lifebuoys in distress to refrain from stealing the equipment.

Meanwhile, a leader of Tay Ho District, where the Nhat Tan Bridge is located, told Tuoi Tre on Thursday morning that local authorities have yet to update on the lifebuoy installation, not to mention their disappearance, but vowed to check out the case immediately.